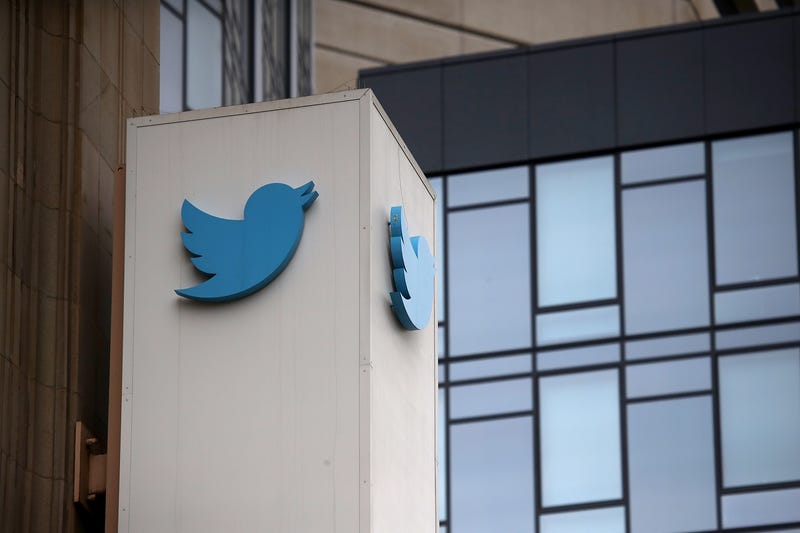 A sign is posted on the exterior of Twitter headquarters in San Francisco. Photo credit Justin Sullivan/Getty Images
By Seth Lemon, Audacy

Twitter shared several images of a potential new redesign that include an option to share tweets with a select group of people.

We're exploring a bunch of ways to control who can see your Tweets. Here are two early ideas (we’re not building these yet).

“Trusted Friends” enables Twitter users to limit the audience that can view a post, similar to Instagram’s “Close Friends” feature.

Another feature called “Facets” allows users to assign categories to tweets before hitting send, potentially allowing you to choose between work and personal in addition to other specific interests. Users could then pick whether they want to see everything someone posts or just particular topics.

We hear y'all, toggling your Tweets from public to protected, juggling alt accounts. It could be simpler to talk to who you want, when you want.

With Trusted Friends, you could Tweet to a group of your choosing. Perhaps you could also see trusted friends' Tweets first. pic.twitter.com/YxBPkEESfo

Twitter could also add a mute feature that hides replies with certain words or phrases.

Although Twitter teased the features, the website is not actively developing them and is likely gauging users’ interest.