For U.S. Marine veteran and Brawley City Councilman Ramon Castro, the walk from San Ysidro, California along the U.S. Border to Mexico is about more than the miles but rather the cause itself - he’s doing it to shed light on American military veterans who have been deported.

"The biggest issue is that, at this point, there is no policy in place that guarantees citizenship to any of these folks," Castro said on KNX In-Depth Tuesday.

Castro adds the issue is "a two-way street."

"These folks, they come up quite a bit. They come out with a blank check, right? They come out with mental health issues, with depression, PTSD, physical...health issues. They come out and many of us have had the same problem. We run into trouble with the law. We have a difficult time fitting in and understanding exactly what's wrong with us. The problem here in this situation is that we get to make a come back. We get to do it again. People like myself, who are now elected officials, we get to try again, but these folks are deported. They're simply discarded and once they've been discarded, they have no way of accessing their healthcare," he said.

Castro, who is the founder of the American Veterans Homefront Initiative, told the Los Angeles Times his mission was inspired by 52-year-old Erasmo Apodaca. According to Castro, Apodaca was deported back to Mexico following a domestic violence incident in 1998. For more than twenty years, Apodaca had been trying to get back to the United States. Castro says that Apodaca suffered from PTSD and couldn’t receive the help he needed in Mexico.

Three days after receiving clearance to begin the process of returning to the U.S., Apodaca died from a heart attack.

A GoFundMe for Apodaca’s wife and children was set up by his sister. You can visit it by clicking HERE. 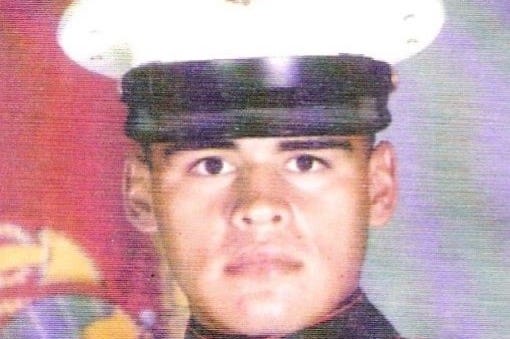 Castro is dedicating his 45-day journey in honor of Apodaca and says he plans to give talks along the way. He also plans to walk across the border to visit two shelters in Mexico that assist deported U.S. veterans.

Castro says there are three things they're asking for.

"One is that they implement immediately a system that guarantees citizenship while an active duty member is still on active duty," Castro told KNX In-Depth. "Two, they halt the deportation of veterans that are currently detained with ICE and three, we're asking for a presidential pardon. It's very simple and that would solve it."

Castro says his plan is to reach Brownville, Texas on August 11th, his 43rd birthday.