What’s the best deal you’ve ever gotten at a yard sale? For one lucky Connecticut bargain hunter, a $35 purchase could soon turn into hundreds of thousands of dollars in profits.

A small porcelain bowl that was picked up at a yard sale by an antiques enthusiast has turned out to be a Chinese artifact that is worth between $300,000 and $500,000, reports The Associated Press. 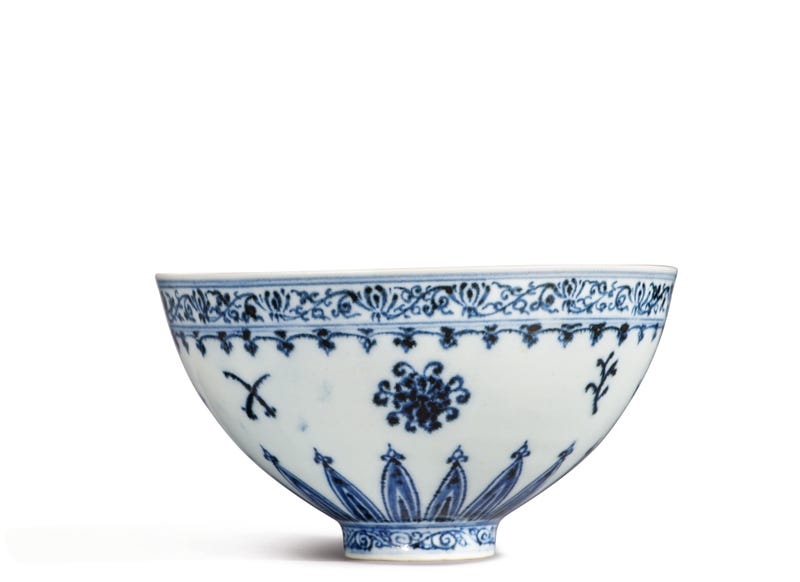 The 15th century bowl, which is one of only seven known bowls in existence, was spotted at a yard sale in New Haven last year. Five of those bowls are currently in museums. The six-inch bowl, which has cobalt blue paintings of flowers, will go up for auction on March 17 at Sotheby’s.

After spotting the bowl at a yard sale, the buyer reached out to the auction house to ask for an evaluation. 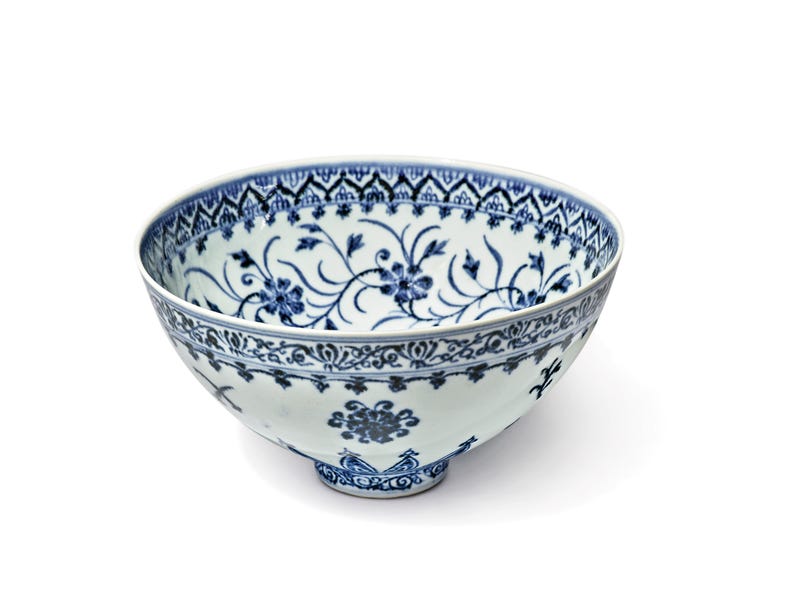 Angela McAteer, Sotheby's senior vice president and head of its Chinese Works of Art Department, said that it was “immediately apparent” that the bowl was “something really very, very special.”

Experts confirmed the bowl’s authenticity after examining it in person. “The style of painting, the shape of the bowl, even just the color of the blue is quite characteristic of that early, early 15th century period of porcelain,” said McAteer, noting that “all the characteristics and hallmarks are there that identify it as a product of the early Ming period.” 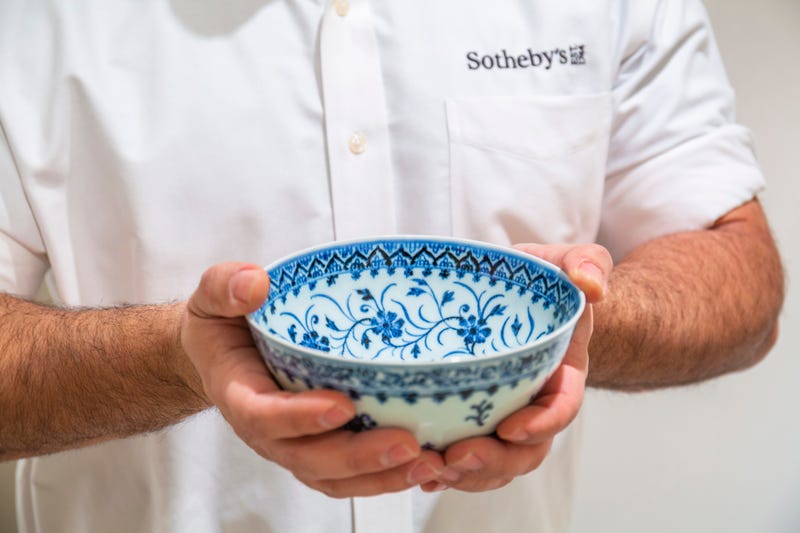 Intricate patterns on both the inside and outside of the bowl are consistent with other bowls made in the early 1400s during the Yongle Emperor’s reign. During his tenure, the fourth son of the founder of the Ming Dynasty ushered in a new style of porcelain kilns for the city of Jingdezhen, leading to the distinctive glaze, color, and design found on the bowl.

“It’s always quite astounding to think that it kind of still happens, that these treasures can be discovered. It’s always really exciting for us as specialists when something we didn’t even know existed here appears seemingly out of nowhere,” shared McAteer.