By 1010 WINS Newsroom
Updated on

NEW YORK — Police released surveillance video of a suspect after a public art installation honoring George Floyd in Unique Square was vandalized just two days after it was unveiled.

The 10-foot-tall bust of Floyd was covered in paint Sunday morning. The monument is part of the "SEEINJUSTUCE" installation, which also features busts of Breonna Taylor and late Congressman John Lewis.

On Monday, the NYPD released surveillance video showing a man riding a skateboard and carrying a paint can throwing gray paint on the statue around 10:15 a.m.

The man then fled on the skateboard, heading northbound on the west side of Union Square Park, police said. 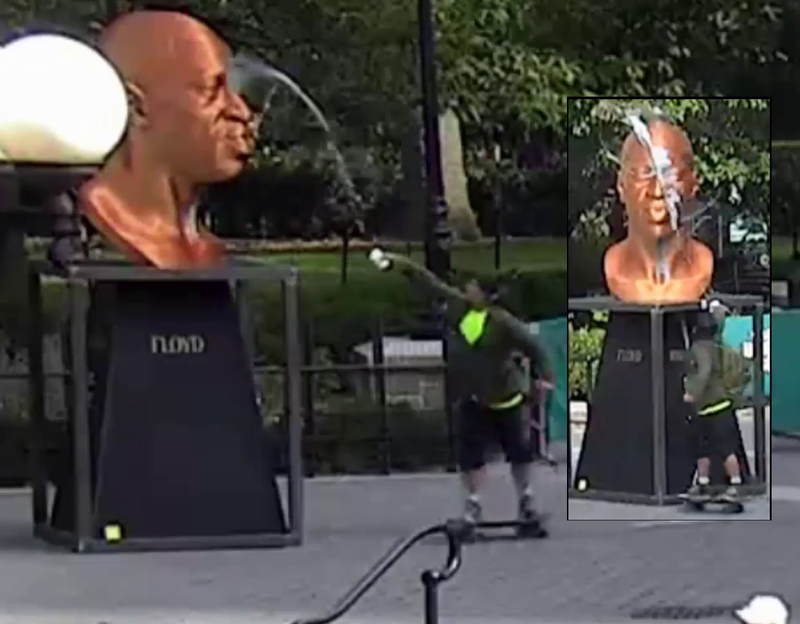 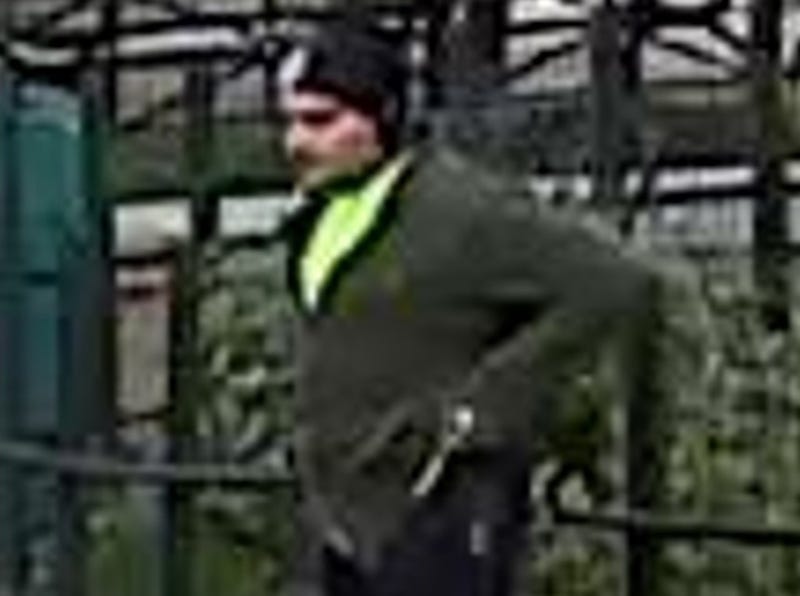 The NYPD’s Hate Crime Task Force is investigating the vandalism.

The statue was previously vandalized with spray paint after it was unveiled in Brooklyn back in June.

Artist Chris Carnabuci is behind the project. He built the busts from precision-cut wood that was then coated in bronze paint.

"As a result of the death of George Floyd, there came a global awareness and understanding of the plague of injustice across the world," Carnabuci said, explaining the installation to Gothamist. "The exhibit represents this global understanding, and from understanding comes action, and from action comes change."

George Floyd bust in Union Square splattered with paint this morning, it just went up earlier this week, John Lewis and Breonna Taylor statues nor damaged, police are en route to dust for fingerprints, according to Confront Art rep on site. pic.twitter.com/5PBRWBQTBc 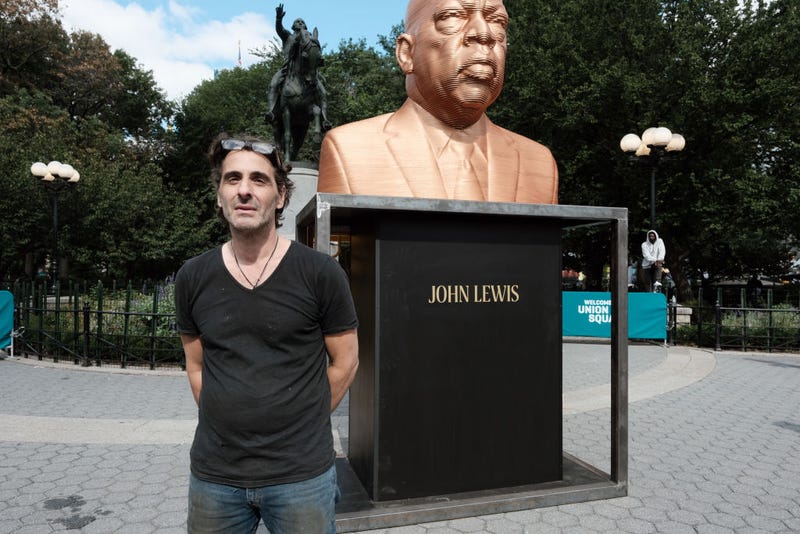 Artist Chris Carnabuci stands beside his new public art project entitled SEEINJUSTICE by the group Confront Art as it is installed in New York's Union Square on September 29, 2021 in New York City. The social justice art installation features sculptures made of wood of George Floyd, Breonna Taylor and Congressman John Lewis. Both Floyd and Taylor were killed by police setting off large social movements around the world. Artist Chris Carnabuci created the works which will be on display starting on October 1st. Photo credit Spencer Platt/Getty Images