Police are searching for two thieves who stole a half-century-old dog painting from the facade of a beloved bar in the Bronx.

Video released by the NYPD on Friday shows the two suspects using a ladder to steal the hand-painted portrait from Alfie's Place on E. 177 Street in Throgs Neck on the morning of Feb. 20. 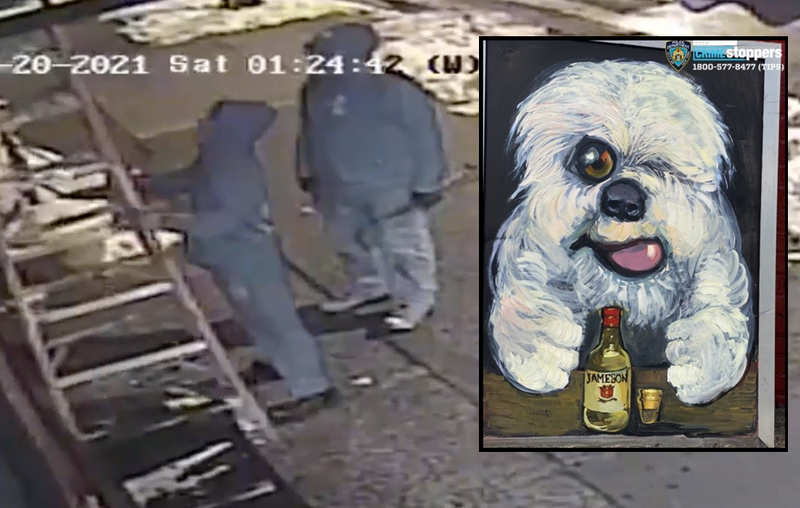 The portrait, which features a winking dog holding a Jameson Irish Whiskey bottle, has hung outside Alfie's Place for more than a half-century, according to the Daily News.

The bar’s owner, former NYPD detective Kenny Banker, told the Daily News that the portrait is of the original owner’s dog, Alfie.

“I’m the third owner of the bar over 51 years. I’ve had it the last 9 years. The original owner had that shepherd dog,” Banker told the outlet. “That logo is huge in this neighborhood. Just a lot, a lot of history.” 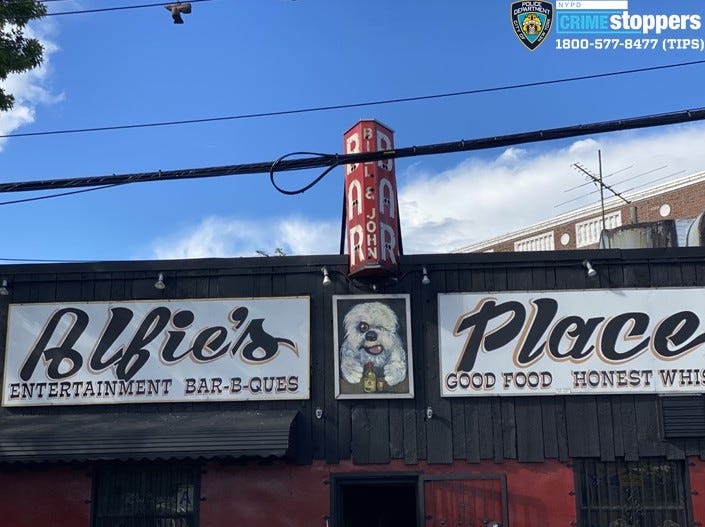 Banker told the Daily News that the bar has been closed since October after being hit with coronavirus violations, including $70,000 in fines that he was unable to pay.

Anyone with information about the burglary is asked to call Crime Stoppers at 1-800-577-TIPS.