Fifty five years ago today, a landmark piece of federal legislation that prohibits racial discrimination in voting was signed into law. The Voting Rights Act of 1965, which has since been amended five times by Congress to expand its protections, is considered one of the key achievements of the civil rights movement in the United States.

As Americans celebrate its 55th anniversary, here are 5 things you need to know about the historic piece of legislation.

Who does the Voting Rights Act protect?

In short, all Americans. The Voting Rights Act of 1965 is a far-reaching piece of legislation that protects the rights of voters from suppression, making it illegal for them to be discriminated against at the polls because of their race.

While the initial Act protected racial minorities, amendments to the legislation now assure protections for language minorities as well, providing bilingual assistance for naturalized citizens at the polls.

Why was a Voting Rights Act needed?

The Fourteenth and Fifteenth Amendments of the Constitution of the United States, which were ratified in 1868 and 1870, were created with the explicit purpose of granting citizenship to anyone born or naturalized in the United States including former enslaved people, and outlawing the denial of voting rights to anyone on account of race.

However, throughout the United States, particularly in the South, racial minorities often faced challenges that made their constitutional right to vote difficult, and in some cases, impossible to fulfill. Literacy tests, poll taxes, and grandfather clauses were used to disenfranchise minorities and create loopholes that forbade them from voting.

Ninety five years of voter disenfranchisement was one of the main drivers behind the civil rights movement in the United States.

By pushing for a federal piece of legislation, supporters were able to enact nationwide protections for voting rights, whereas previously, individual states and jurisdictions were responsible for the upholding of protections.

How did the Voting Rights Act come about?

In the 1950s the civil rights movement was able to get incremental support from the federal government to protect the voting rights of racial minorities, but it was difficult to enforce.

In the 1960s, actions taken by civil rights leaders like the Southern Christian Leadership Conference and the Student Nonviolent Coordinating Committee, primarily nonviolent protests and acts of civil disobedience, drew national attention to the cause.

In 1964, President Lyndon B. Johnson privately began to push for legislation to protect voting rights, but it wasn’t until 1965 that large-scale legislation was passed.

On March 7, 1965, hundreds of protesters planned a march from Selma to Montgomery, Alabama. As the group marched across the Edmund Pettus Bridge, state troopers interceded, beating people and shooting tear gas into the crowd in what later came to be known as Bloody Sunday. Future House of Representatives member John Lewis, who suffered a fractured skull, was one of the people injured.

More marches occurred and were attended by high-profile members of the civil rights movement, including Dr. Martin Luther King, Jr. A group of over 3,000 people set out from Selma on March 21 in support of the movement, and by the time they arrived in Montgomery on March 25, there were 25,000 people in the crowd, reports CNN.

Following these events, Johnson addressed Congress and urged them to enact an expanded voting rights act.

Why is the Voting Rights Act still relevant?

The Voting Rights Act has dramatically increased turnout at the polls for minority groups since its inception. James Cobb, history professor at the University of Georgia and a former president of the Southern Historical Association, says that Black voter registration increased by nearly 70% by the following election after the Voting Rights Act was passed, reports USAToday.

In turn, the political landscape in the country has shifted and the elected representation of minorities has increased, with the 116th congressional class becoming the most racially and ethnically-diverse in the nation’s history, reports the Pew Research Center.

However, in 2013 the Supreme Court struck down part of the Voting Rights Act, with Chief Justice John Roberts arguing that the formula used to determine which governments were included in special rules that obligated them get federal permission to make changes to their voting laws was no longer relevant.

In 2018, the federal Commission on Civil Rights reported that new state laws made voting more difficult for minorities. Between 2012 and 2018, at least 1,688 polling places have closed across 13 states, according to a report from The Leadership Conference on Civil & Human Rights. 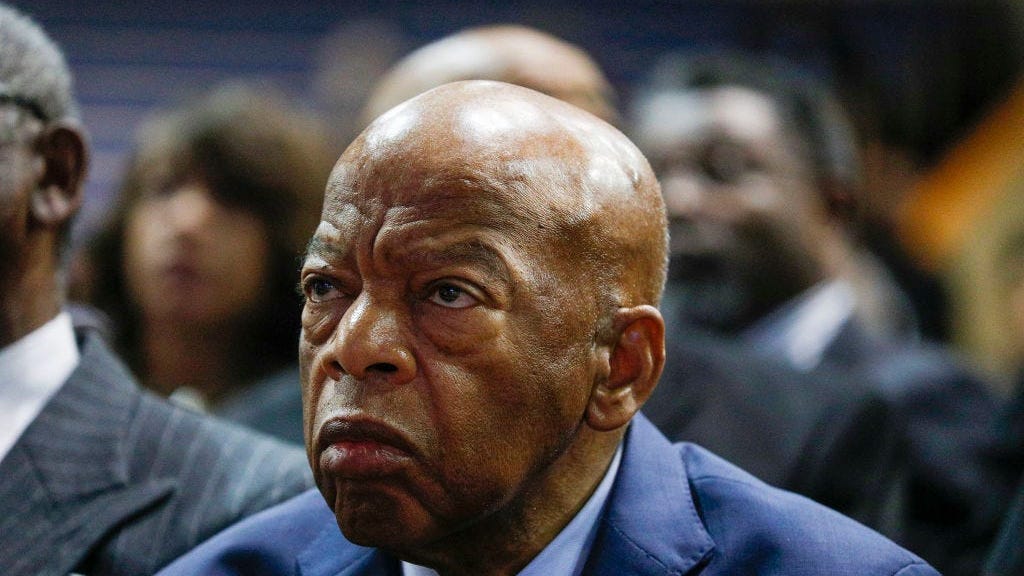 The legacy of John Lewis

Georgia congressman John Lewis, who died on July 17 at the age of 80, was a leader of the civil rights movement and was present at the 1965 signing of the Voting Rights Act.

Lawmakers are now calling for Congress to honor his legacy by amending the Voting Rights Act and reinstating the provision that measures if states require oversight for violating minority voting rights. The House of Representatives has agreed to name the measure after Lewis, but it would need to be passed by the Senate before it could be reinstated.

"You want to honor John? Let's honor him by revitalizing the law that he was willing to die for,” said former President Barack Obama at Lewis’ funeral. “Naming it the John Lewis Voting Rights Act, that is a fine tribute, but John wouldn't want us to stop there.”

Joe Biden, the presumptive presidential nominee for the Democratic Party, has said that if he is elected and Congress has not yet taken action on the law, “it’s one of the first things I’ll do as president.”