Shopping will look a little different this holiday season.

Walmart revealed that it's making some changes in preparation for shopping amid COVID-19, Good Morning America reports.

The retail giant shared that it will roll out increased online sales, earlier holiday shopping deals, and thousands of new staff hires and in-store safety guidelines to ensure the safety of customers and employees.

The company announced that it would produce more pet supplies, toys, and items for your home.

Walmart says it will begin seasonal sales earlier ahead of Black Friday. No exact date has been announced yet, but the company plans to share details soon.

“We’ve heard from our customers that many plan on starting their holiday shopping well before Black Friday and that they’re looking for gifts that fit their current lifestyle,” said Walmart U.S. Executive Vice President and Chief Merchandising Officer Scott McCall in a statement.

“So, we’ve adjusted our strategy to adapt to these new shopping preferences -- we’re offering more of what they want now, earlier than ever, and all at the best prices,” he continued.

In July, it was announced that the world’s largest retailer wouldn’t be open on Thanksgiving as a way of thanking employees for their hard work during the pandemic. 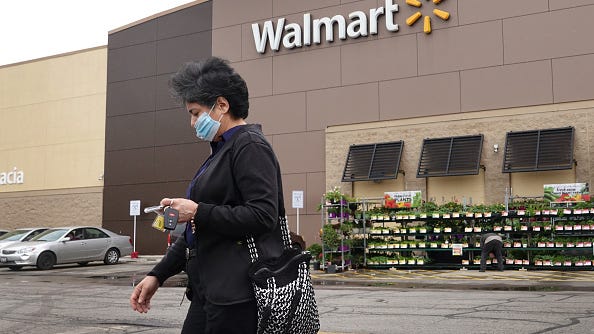 Walmart Will Close on Thanksgiving Day This Year

The announcement means it will be the first time the chain is closed for the holiday since the ’80s. Walmart’s Sam’s Club will also be closed, but that has been the norm for the company’s sister chain. Both Walmart and Sam’s Club will reopen on Black Friday, but store hours will be released at a later date, the company said.