A female elephant was rescued after careening down into a 55-foot deep well in India.

According to UPI, it took crews two cranes and more than 14 hours to lift the animal to safety.

The elephant was allegedly being chased by dogs when she fell into the reservoir, reported the New York Post. A local farmer heard the elephant’s cries and alerted officials.

Prior to the incident, the mammal had been seen roaming the area with two other elephants.

WATCH: Rescue staff and villagers in southern India hoisted an elephant out from the bottom of a well on Friday in an operation which stretched over 14 hours. 🐘 pic.twitter.com/hrBWQ26Mev

The rescue team consisted of more than 50 members of the local forest, fire and police departments.

To keep the elephant safe during the mission, water was drained out of the well and leaves were dropped for her to eat. In addition, doctors descended down the well to tranquilize the elephant.

After being subdued, the four-ton animal was strapped into a harness and lifted out of the well via industrial cranes. 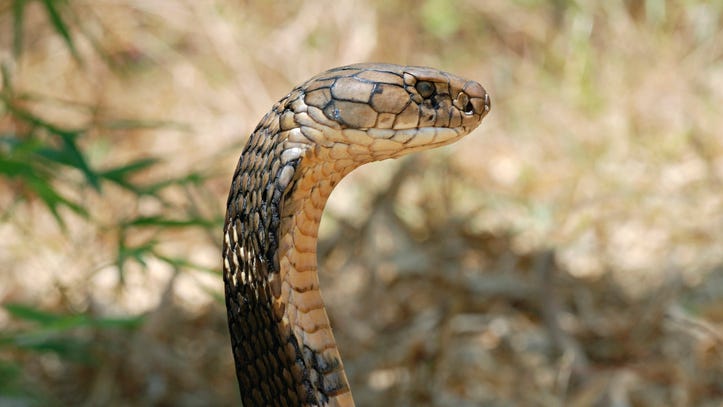 Man recovering from COVID-19 blinded and paralyzed by cobra bite

“It was found to be healthy and active when we monitored it for three hours after the rescue,” district forest officer Rajkumar told Reuters, according to News24.

Officials said the elephant will be released back into the Hosur forest.