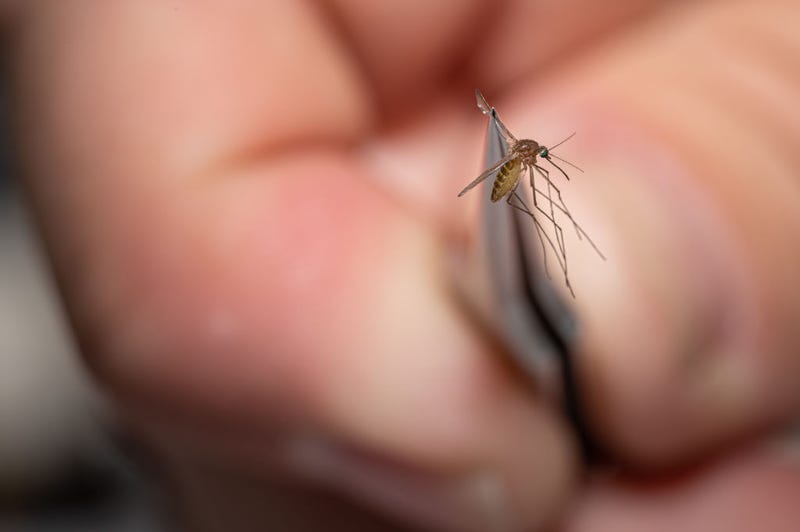 After a wet summer, people in the U.S. should add an additional virus to their list of concerns this season: the West Nile virus, which is spread by mosquitos that can bite through clothes.

According to the Centers for Disease Control and Prevention, the West Nile virus – first diagnosed in a human in the West Nile district of Uganda in 1937 – is the leading cause of mosquito-borne illness in the continental U.S. While one out of five people don’t even know they are infected, one out of 150 develop a serious and sometimes fatal illness.

Sen. Charles Schumer has asked for the federal government assist in killing mosquitoes in New York to prevent the virus from spreading in the state, according to Fox 5. In Los Angeles County, one person has already died from an infection. Other areas, such as Indiana, Arizona and New Mexico are also concerned.

Noreen Hynes, director of the Geographic Medicine Center of the division of infectious diseases at Johns Hopkins University, told USA Today that preventing infection is the best way to deal with West Nile virus.

One way people can avoid infection is limiting time outdoors, according to experts.

Hynes said its possible people being outside more due to the COVID-19 pandemic has caused West Nile infections to increase. As COVID-19 is easily transmissible in crowded indoor spaces from person to person, prevention mandates have limited the number of people allowed in indoor spaces and recommendations have encouraged people to spend time outdoors.

However, Hynes said the increase is likely related to the wetter weather this year. Hurricane Ida, a Category 4 storm, brought rain through the Gulf of Mexico and up the East Coast everywhere from Louisiana to New York.
In wet conditions, mosquitoes can easily lay their eggs in standing water.

“They'll do it in even small amounts of water,” said Haynes.
“So, if you have standing water around your house, you probably want to make sure that you pour it out after the rain so that the mosquitoes can't lay their eggs.”

She said mosquitoes are typically active from dusk until dawn, making those ideal hours to spend indoors. Mosquito repellent can help protect people when they are outside. A layer of permethrin could even help deter mosquitoes determined to bite though clothes, Hayes added.

“You would have to consider pre-treating your clothing before you go outside with permethrin,” Hynes explained. The spray should go on the outside of clothing and it can go on camping gear. “You can put that on your clothes and will stay embedded in the fibers for six weeks or six washings, whichever comes first.”