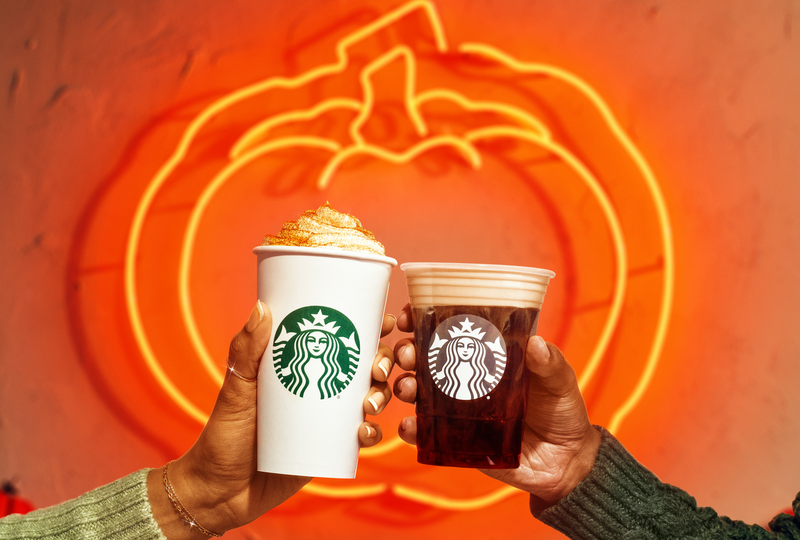 Starbucks announced that it will debut the fall beverages nationwide on Tuesday, August 24.

Back in US & Canada stores starting 8/24! 🎃 While you're counting down until your Starbucks visit, check out the Pumpkin Love O' Meter at https://t.co/aImt4oMbEl. https://t.co/LHZ6PEF04q

The return marks the earliest ever for the fall menu. It's a day earlier than last year’s launch date of August 25.

In addition to the popular PSL, the chain will bring back the Pumpkin Cream Cold Brew, a cold drink topped with pumpkin cream foam, that first debuted in 2019.

"Seasonal fall bakery items Pumpkin Cream Cheese Muffin and Pumpkin Scone will also return to join the Pumpkin Loaf, which is available year-around in the U.S," the press release noted.

The fall lineup was also reportedly going include a new drink called the Apple Crisp Macchiato, which TotallytheBomb.com notes will replace the Salted Caramel Mocha, but it was not mentioned in the release.

A lineup of autumn-themed coffee products is already available on grocery store shelves.

According to Delish, all you have to do is add water and you have a quick and delicious fall-inspired drink at your fingertips.

All of these items are available for a limited-time, so get ‘em while they’re hot… or cold!