Winter storms across the United States have delayed the shipment of millions of vaccine doses.

According to CBS, officials are now trying to solve the problem and play catchup with the delays.

“As of now we have a backlog of about 6 million doses due to the weather. All 50 states have been impacted,” Andy Slavitt, the White House COVID-19 response team senior adviser, said.

Weather conditions caused three days of delayed shipping due to delivery workers being snowed in, vaccine distribution centers being closed, and road closures.

In New York, nearly all of this week’s shipments were delayed, while in Los Angeles, more than 12,000 appointments were canceled on February 19.

Khara Gresham, a dentist in Boston, said her second-dose appointment had to be rescheduled due to the vaccine shipment delays.

Gresham understood why her appointment was delayed, but she was annoyed.

“A little bit frustrated, a little bit annoyed is probably a good word, confused as to what next steps to take, whether to go find it somewhere else or just wait until they’re able to to get them,” Gresham said.

While much of the country struggles with vaccine distribution, if Johnson & Johnson’s COVID vaccine is approved for emergency use, experts say it could make it a lot easier to immunize people. 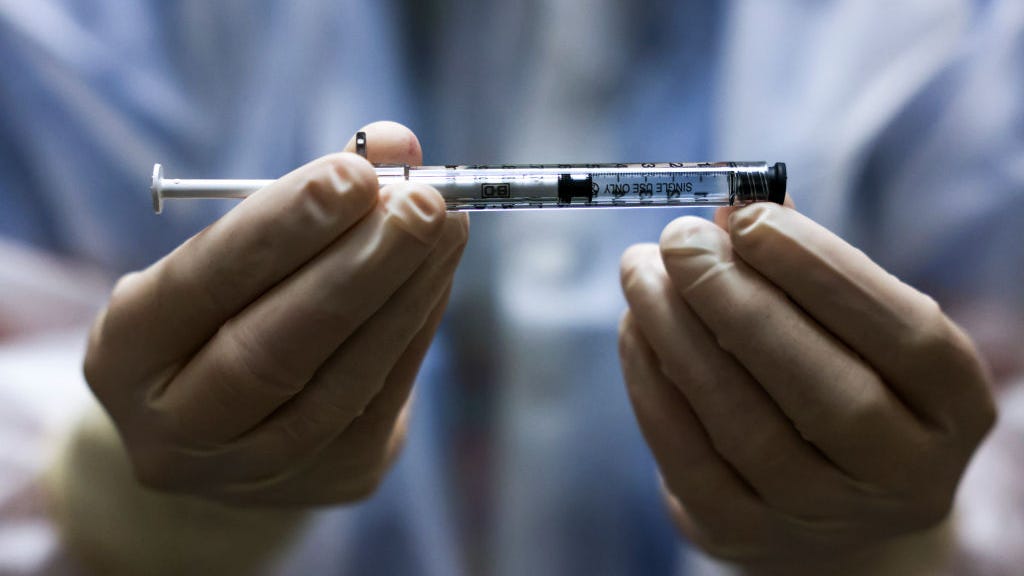 If Johnson & Johnson's COVID vaccine is approved for emergency use, experts say it could make it a lot easier to immunize people

It’s only one dose, not two like the Pfizer and Moderna vaccines. And it can be refrigerated, so no ultra-cold storage issues.

Johnson & Johnson is seeking emergency use authorization from the FDA, which may be decided before the end of the month.