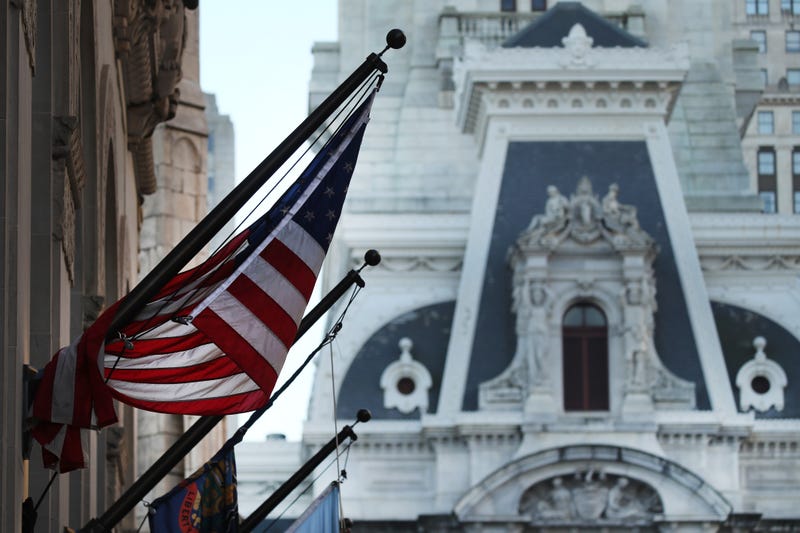 An American Flag hangs from a building in Philadelphia the morning after Americans voted in the presidential election on November 04, 2020. Photo credit Spencer Platt/Getty Images
By Tim Jimenez, KYW Newsradio 1060
Updated on November 4, 2020 11/04/2020 5:20 pm

PHILADELPHIA (KYW Newsradio) — County elections officials did not stop their count of mail-in ballots overnight, vowing to keep going until every vote is counted.

Mail-in ballots from Philadelphia are still being counted at the Pennsylvania Convention Center, where officials say they were able to tackle 65,000 more overnight.

https://t.co/DtSKHeHX52 has been updated with additional mail ballot results

That operation is visible to the public via live video feed.

According to county websites, in the Philadelphia area, Democratic candidate Joe Biden has a 372,000 vote advantage over President Donald Trump. Bucks is the only county where Trump has a lead.

It could be days before enough of those votes are counted to call the winner of Pennsylvania’s 20 electoral votes. The fate of the presidency hangs in the balance, as Trump and Biden fight for Pennsylvania and other key battleground states. 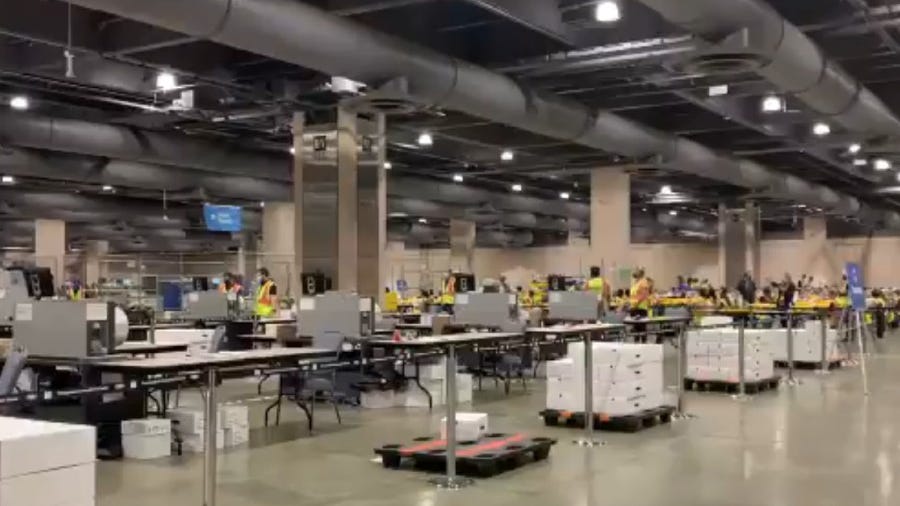 Gov. Tom Wolf tweeted a promise early Wednesday that every vote would count.

We still have over 1 million mail ballots to count in Pennsylvania.

I promised Pennsylvanians that we would count every vote and that’s what we’re going to do.

According to City Commissioner Al Scmidt, there are hundreds of thousands left to go in Philadelphia alone.