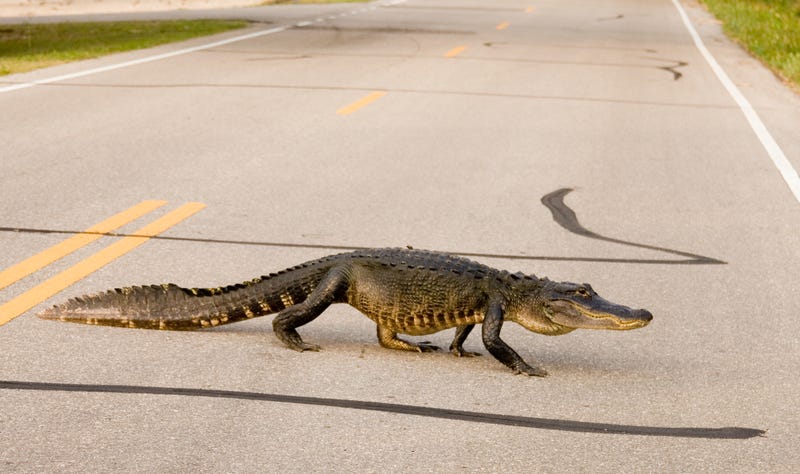 A video of one very brave woman has now gone viral after she used her feet to try to move an alligator off the highway in Lake Charles, Louisiana.

The incident, filmed in mid-June, shows cars at a standstill as the woman lifts her leg above the alligator’s head. Wearing athletic shorts and tennis shoes with nothing covering her legs, she taps the stubborn gator’s snout with her foot.

The gator opens his mouth, likely snarling or growling. Despite not having any vocal cords, alligators are some of the most vocal reptiles.

The video shows the woman quickly jumping back as she appears to rethink her strategy when a man carrying a stick comes to her aid. The man waves the stick at the animal and to help the gator make its way towards safety.

Kelsey Marcantel, who uploaded the video to TikTok this week, captioned post, “Typical day in Louisiana.” The video has been viewed 4.2 million times and has received more than 70,000 likes after being re-shared across multiple social media platforms. 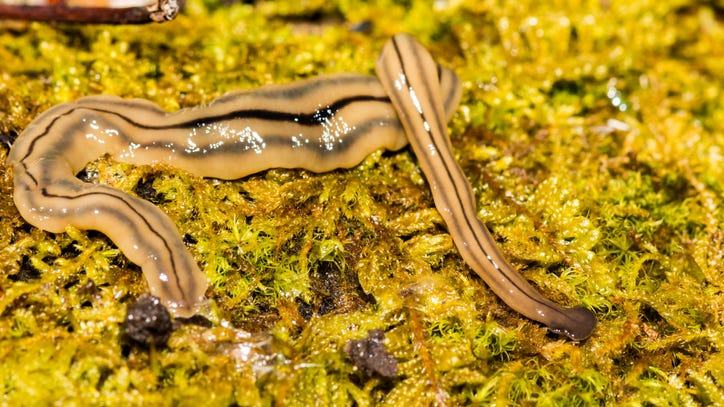 The worm of your nightmares is alive and well in Texas

In a follow-up video, Marcantel explains, "I'm not 100% sure what she was trying to accomplish by kicking it, but I do know she wasn't trying to hurt it. They were just trying to get it off the streets."

She continues, "I can probably speak for all of southern Louisiana that this is something very typical...stuff like this happens every single day here."