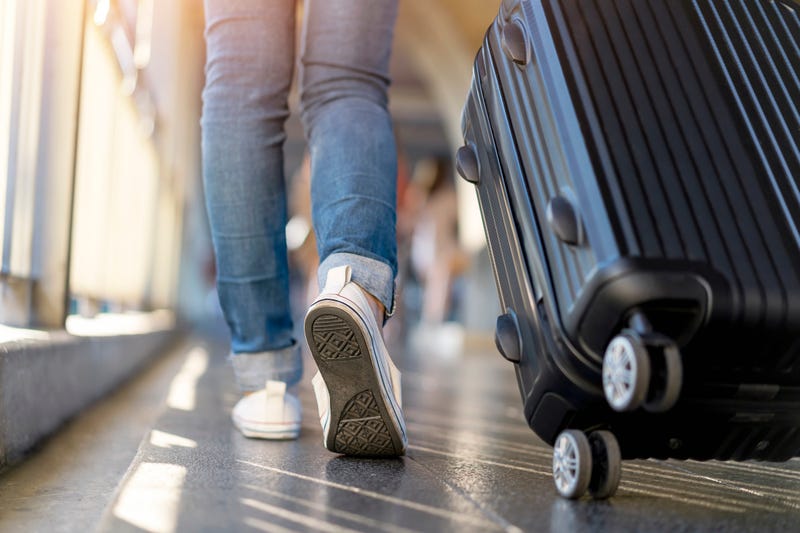 It’s easy to spot the turkey in this Turkish tale.

Two complete strangers turned the tables on a cheating boyfriend they were both seeing by dumping him on a vacation in Turkey, the New York Post reports.

In a story that really should be optioned right now for a Lifetime movie, 26-year old Sophie MIller thought she’d been developing a nice relationship with her 34-year old beau, "Adam" -- not his real name, because no doubt this guy is going to want to stay as anonymous as possible.

They’d been together for eight months. But it seems Adam was getting antsy, as he’d also been seeing Kristen Bishop, 33, whom he met on Hinge in August. Adam had convinced Bishop they were exclusive, and the two had planned a three-day trip to Turkey in April.

Ms. MIller, upon finding out about the affair, left a voicemail for Bishop just four days before departure.

“[Sophie Miller] left me a short voicemail,” Bishop explained, “that basically said, ‘Hey, I’ve just learned about you. I’ve been dating this person for nine months, and I thought you’d like to know about me. Give me a call if you have any questions.’”

Bishop didn’t just call, she FaceTimed Miller, as Miller was in Adam’s apartment and proved to the skeptical stranger that there was some massive deception going on.

And therein began the devious but deserved plot to unmask the duplicitous dummy.

Two strangers had a Turkish delight after luring a man they were both dating to Turkey — then ditching him for the “ultimate girls’ trip” together instead.https://t.co/VQYO2LmDDM

As the New York Post reports, Bishop and Miller met up the next day to piece together the web of their relationships. Instead of canceling the Turkey trip altogether, Bishop went ahead with the 12-hour flight -- without letting Adam know that Miller also booked a flight to Turkey, too, with the hopes of confronting him.

Miller made sure her flight to the airport landed earlier, and set herself in a place where Bishop could text and meet her after she landed with Adam.

Once all at the airport, the two women met in the women’s bathroom to coordinate their final moves.

As soon as they arrived in the terminal, Bishop confronted Adam, showed him photos of her and Miller together, and told him that all of his reservations had been changed to Miller’s name.

“His reaction was pretty stunned,” said Bishop. “He had never been speechless before, until that moment.”

And then -- and we’re hoping there was a large curtain or long shadow she could dramatically appear from -- Miller walked over, and Adam’s already slacked jaw fell to the ground.

Miller finished her breakup harangue, and the two former female strangers walked off to their wonderful Turkish vacation, where they visited a hammam, cruised the Bosphorus, and explored caves. No doubt trading jerk stories and laughing all the way.

And, of course, they posted photos of the whole affair that are more rich than a shrimp kebab.

Bishop later admitted there had been some cheating signs she might have conveniently missed.

“When he said he was away for the night, he would mix and match,” said Bishop. “Typically it was, ‘I have to work.’ Sometimes it would be ‘I’m going hunting with the boys.’ Always trust your gut, know your worth, and empower other women.”

To put a perfect bow on the story, Adam was on the same flight back as the two new friends, who sat right behind him laughing and chatting the whole way home.

Needless to say, Adam was not in first class.