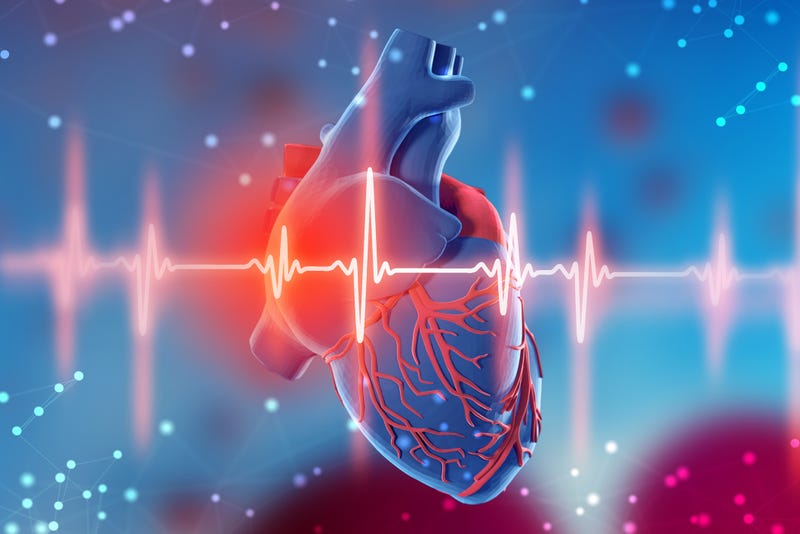 Krystle Evans thought her unborn twins were putting pressure on her ribs when she experienced extreme shortness of breath during the eighth month of her pregnancy.

After twenty minutes, the pain subsided and everything appeared to be back to normal. But she knew something was up when it happened again and more intensely the following day.

“I started getting very nauseated. Then my whole left arm went numb,” the 30-year-old told “Today.”

“I was in a whole bunch of pain. My husband said, ‘You need to call the doctor and let him know what’s going on.’”

After going to the emergency room, doctors told her she most likely suffered two separate heart attacks.

While Evans is healthy with no history of heart disease in her family, doctors believe the twins were putting extra stress on her heart which caused her to go into cardiac arrest.

With weeks to go until her delivery, she spent 14 days in a Dallas area hospital under observation.

Like any mother-to-be, Evans worried about the effects the heart attacks would have on her unborn children.

Luckily, tests revealed the twins were unharmed and she gave birth to a girl and a boy during her 34th week. Shiloh weighed 5 pounds, 3 ounces, while son Sage, arrived weighing 5 pounds, 1 ounce.

Although the babies are still in the neonatal intensive care unit, Evans said they are doing great. She is also recovering well, but is at home with her husband and seven-year-old daughter and two-year-old son.

"I think the big fear when people hear a story like this: Every pregnant woman is going to think they're having a heart attack," said Evans’ OB/GYN, Dr. Luciani. "It's an extremely rare event, but you really need to pay attention to symptoms like chest pain and tightness and numbness in your arm."

While Evans hopes other women can learn from her story, she also offered some words of advice.

“Stay in tune with your body and listen to your gut,” she said. “And stay positive. That made a big difference in my recovery.”