Many young people are taking a carefree approach to the coronavirus pandemic, but one 21-year-old in Nashville learned the hard way after she was diagnosed with the deadly illness.

On her social media account, Tate reportedly joked about not staying home and ignoring pleas to practice social distancing, according to WZTV.

The Nashville resident told her followers that she was aware of government orders, but she wasn’t concerned one bit. 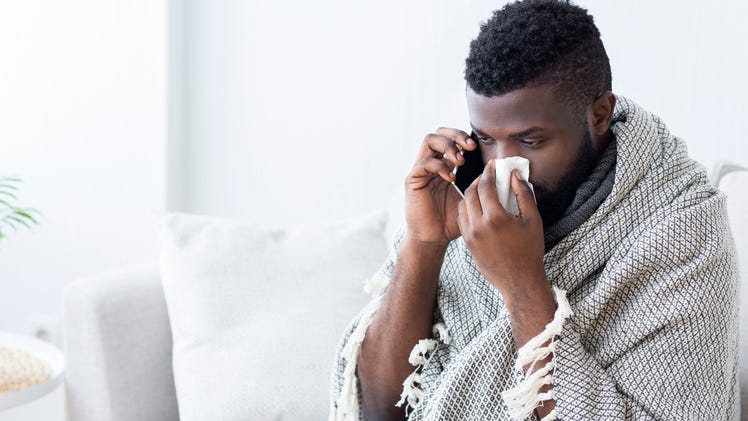 Who You Need to Tell If You Get Diagnosed With Coronavirus

“Cool. I get it. I just don’t think that I’m going to get the virus,” she said, admitting she wasn't doing her part to flatten the curve.

She quickly changed her mind when she began to exhibit symptoms associated with the virus that worsened rapidly.

“It feels like someone is sitting on my chest at all times,” she said after testing positive.

“It’s really hard to breathe. I’ve coughed until my throat has bled,” she added.

Tate believes she got sick from someone in her friend group when they ignored the calls for social distancing and met up at a friends house before going out in public.

It has become increasingly common for young adults to think they're invincible.

“There are still those who only believe that the virus affects those who are elderly and with underlying conditions. That’s clearly not the case,” Dr. James Hildreth, president of Meharry Medical College and part of Nashville’s Coronavirus Task Force said.

Tate is now warning others about the severity of the situation and urging them to stay home because it could be deadly to the ones they care about.

“While it may not be affecting you, you could be affecting someone’s grandma or grandpa or aunt or uncle or sister,” she told the publication.

The U.S now leads with the most coronavirus cases in the world inching out China and Italy.

music
Read the just released FBI records related to Kurt Cobain’s death
i'm listening
How Nancy Wilson’s childhood experiences helped her mental health during the pandemic
music
Mike Epps on his U.S. Tour: 'It's time for us to get out and laugh'
sports
Bobby Valentine announces he is running for Mayor of Stamford, CT
music
Dropkick Murphys join the Boston Pops for a special Mother's Day tribute
sports
NCAA rule proposal aims to crack down on flopping