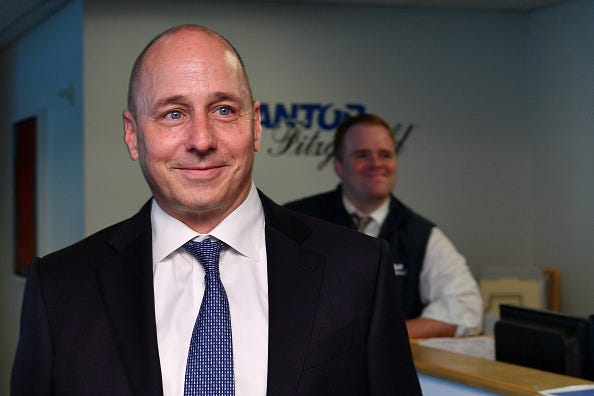 Yankees General Manager Brian Cashman sat down with Anthony Scaramucci and his wife, Deidre Scaramucci, to open up about his experience with being nearly arrested for driving a “stolen” car. Turns out, the situation was more embarrassing than anything else.

The Scaramuccis recorded their RADIO.COM Original podcast, "Mooch and the Mrs.," live from New York City’s Hunt & Fish Club in Times Square on Tuesday. When Cashman took the stage, Deidre couldn’t resist asking him about the details of his near-arrest.

Cashman begins by explaining what happened. Back in August, he went outside in the morning to take a cruise in his convertible Jeep, only to find that the car had been stolen. The car was soon recovered without damages.

Upon retrieving the car and driving back to his home, Cashman quickly learned that the vehicle had not yet been taken off of the “stolen” list. He was pulled over, held at gunpoint, and asked to raise his hands above his head.

As terrifying as the situation sounds, Cashman remembers one overwhelming emotion: embarrassment. “I wasn’t scared, I was embarrassed,” he explains. Patrons of a nearby Starbucks saw the whole thing.

The Yankees GM could only imagine what they must have been thinking. He continues, “They’re thinking, ‘What am I, Pablo Escobar?’”

Still, Cashman lauds the NYPD for their fast acting, despite having mistaken Cashman for a thief. “I give a huge applause to them,” he says of the incident.

Cashman’s got one confession regarding the whole ordeal. “I just didn’t want the body cam footage coming out,” he explains.

You can hear more about Scaramucci and his guests by downloading the RADIO.COM app here.