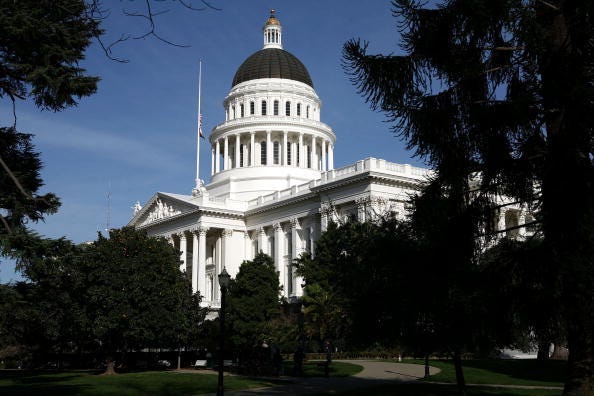 The California state legislature voted on Thursday to strike the California Civil Rights Initiative, which effectively made government discrimination illegal, from its Constitution.

The measure - also known as Proposition 209 - was based on the Civil Rights Act of 1964 and stated:

"The state shall not discriminate against, or grant preferential treatment to, any individual or group, on the basis of race, sex, color, ethnicity or national origin in the operation of public employment, public education, or public contracting."

Democratic California state assembly members voiced their support for the vote, which will now make it legal for the state to discriminate on the basis of race, sex, color, ethnicity and national origin.

Assemblymember Todd Gloria said on Twitter the repealing of Prop 209 would "advance true racial and gender equity in this state."

Thank you for your leadership, @AsmShirleyWeber! California voters will now have the chance to repeal #Prop209 and advance true racial and gender equity in this state. I’m proud to have supported #ACA5. #OpportunityForAll https://t.co/OWnHbgGQYT