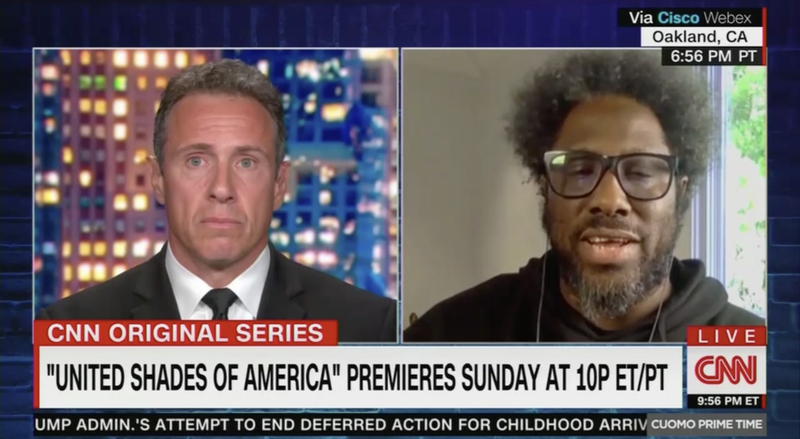 Suddenly, the virus that didn't see skin color or political affiliation is now targeting minority communities thanks to America's systemically evil and racist system, at least according to CNN.

Friday night on Cuomo Primetime, documentarian W. Kamau Bell joined host Chris Cuomo to promote the fifth season of his CNN docuseries United Shades of America and to apparently trash America as a racist hellscape bent on making sure that minority groups and poor people suffer from COVID-19.

Speaking of that awful American "system," Bell tied this idea to police brutality and claimed this all exists to ensure that the virus affects those groups far more than others.

Ignoring actual facts and data, Bell responded by claiming "the system" was designed for these groups of people to get sick: "I think we really have to be honest about the fact that the people who are getting sick the most, the poor black folks as you're saying, the poor brown folks as you're saying, the poor indigenous folks. The system is designed to make sure they get sick 'cause they're on the bottom."