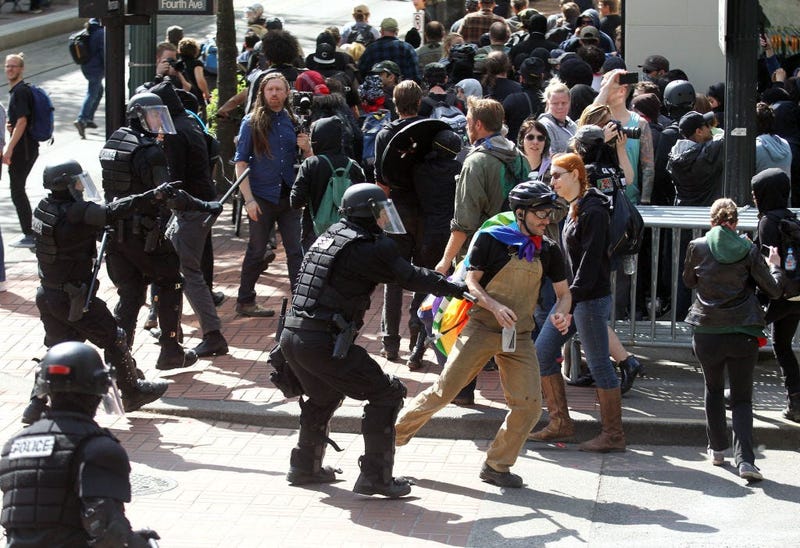 A videographer attempted to film a group of Antifa thugs who were protesting a Ku Klux Klan (KKK) rally and ended up being chased by the Antifa members himself.

Nate Millsap, who runs a YouTube page called Stumptown Matters, posted the video of his encounter with the left-wing group on his page and wrote in the description of the video that the members had "concealed objects or weapons in their hands."

He added that one of the brave, masked thugs approached him "while shaking a can of pepper spray. I wanted no part of whatever intentions they had for me so I immediately abandoned my camera duties and sprinted to safety."

Millsap retreated and ran into police fitted with riot gear. At this point, the group had stopped chasing him, but were still shouting insults at him. But Millsap received little help or sympathy from the police, who told him if he ran back toward the mob, "we're not gonna come out and save you."

One officer added "you better come up with a different plan, like maybe go somewhere else, dude."