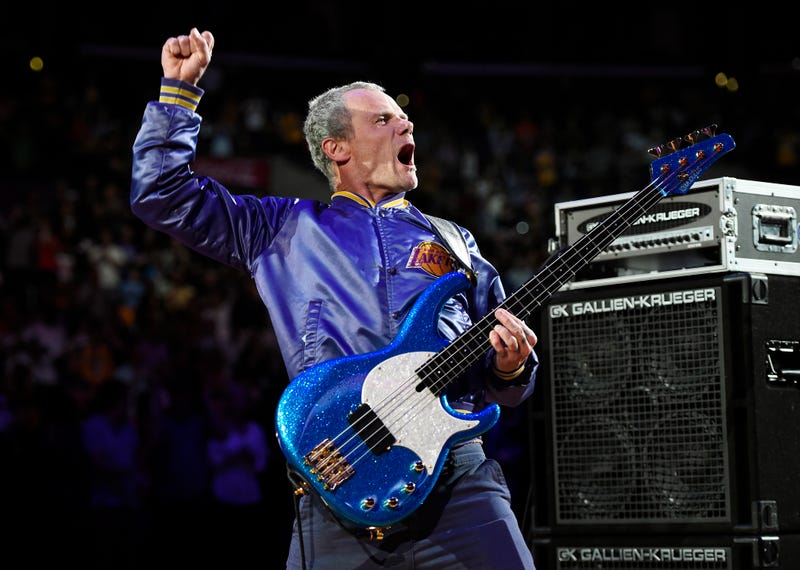 “Nobody told me when I was a kid that people had the power,” Garland said. “If I’d known Patti Smith, I might have known it. But I only knew the Partridge Family.”

Flea, born Michael Balzary, founded the nonprofit school in 2001 with his longtime friend and sometime musical collaborator Keith “Tree” Barry. It’s open to all comers, but specializes in serving the youth of the surrounding community in eastern Los Angeles, providing scholarships to kids who need them.

The crowd Saturday night was full of current and former students, some of whom are adults who were small kids when they started studying.

Even at 13, Farris remembers singing in the tiny space in the Silver Lake neighborhood the school was jammed into before they built their current, more cushy digs a mile away in Los Feliz five years ago, with rehearsal rooms named for prominent sponsors like Eddie Vedder.

“I’ve just been here so long and I have an extreme attachment to it,” she said. “It’s just an amazing place. I’ve always loved doing choir here.”

Flea was presented with a cake as they played, but COVID precautions meant no candles. And there was a lot more missing, as he's decades past the decadence of youth.