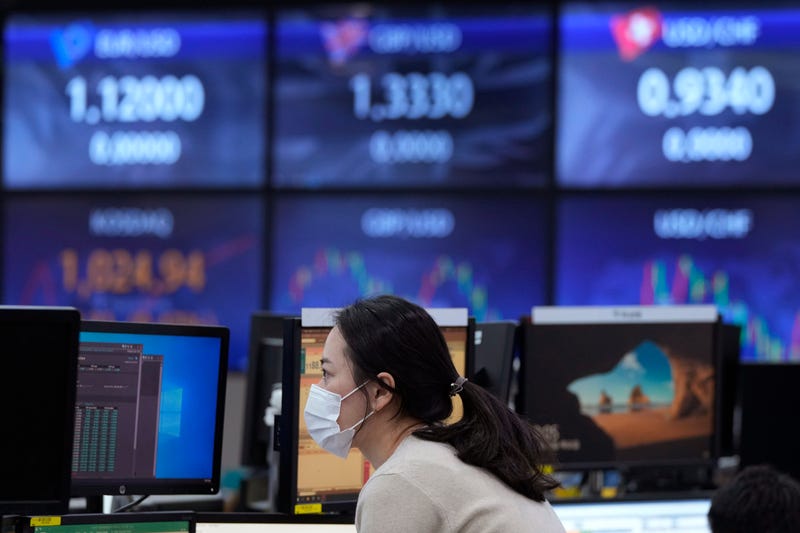 Fed officials at their October policy meeting said they “would not hesitate” to respond to inflation, according to notes released Wednesday. They foresaw the possibility of raising rates “sooner than participants currently anticipated."

That fueled investor fears the Fed and other central banks might feel pressure to withdraw economic stimulus that has been boosting stock prices. Fed officials earlier indicated they might raise rates late next year.

Higher prices combined with stronger U.S. hiring suggest the attitude at the next Fed meeting might be “unabashedly more hawkish,” said Tan Boon Heng of Mizuho Bank in a report.

On Wall Street, the S&P 500 advanced to 4,701.46. Gains in technology, real estate and energy stocks outweighed a slide in banks and materials companies.

The Fed notes showed officials still believe this year's inflation spike is likely to be temporary but acknowledged prices rose more than expected.

The notes covered the October meeting at which Fed board members voted to take the first steps to roll back easy credit and other measures to support an economic recovery from the coronavirus pandemic.

A wide range of industries have been hit by inflation pressures and disruptions in supplies of raw materials and components. Forecasters worry consumers might cut spending if retail prices keep rising.

Consumer spending rose 1.3% in October, slightly more than double the previous month's rise, according to the Commerce Department.