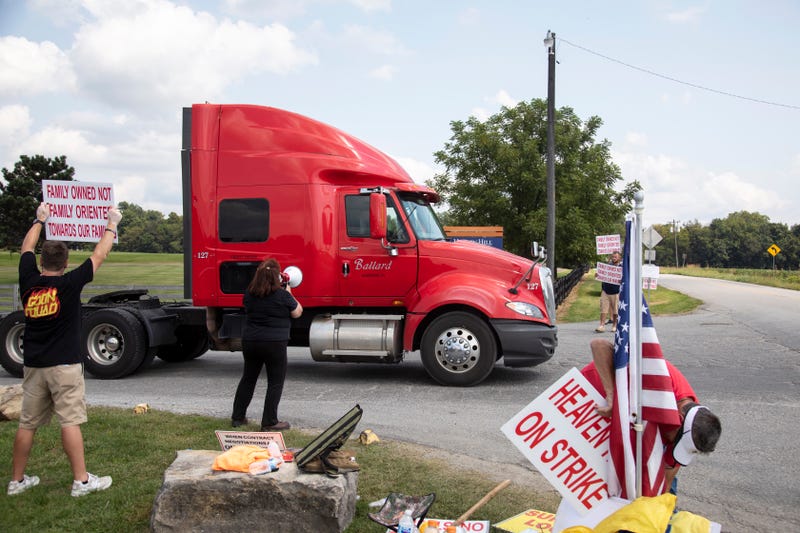 Union leaders responded that they're willing to continue negotiations and accused the company of wanting to replace longtime employees with non-union workers.

About 420 members of United Food and Commercial Workers Local 23D have been on strike for more than five weeks They voted overwhelmingly last month to reject a new five-year contract offer and formed picket lines at Heaven Hill’s operations in Bardstown.

The dispute has revolved around health care and worker scheduling issues. The schedule dispute was a sign of the bourbon industry’s growing pains as it tries to keep up with increasing global demand.

Heaven Hill said in a statement Monday that it had negotiated in “good faith” with the union but the sides have been unable to reach an agreement. The company now will begin the process of hiring permanent replacement workers, it said.

“We’ve heard from our employees in the community that they are in favor of the proposed contract terms and eager to return to work,” said Heaven Hill President Max L. Shapira. “Given the long-standing and positive working relationship Heaven Hill has with its employees, it is disappointing we were unable to reach an agreement with union leadership.”

“It is stunning that Heaven Hill is refusing to continue negotiations and is resorting to hiring non-union workers to try to push out the hardworking Kentucky men and women who have worked at the company for generations and made it the success it is today,” he said in a statement.

He said the union is willing to meet with company negotiators to continue talks.

Aubrey accused the company of refusing to bargain in good faith, and said the union had filed Unfair Labor Practices charges against Heaven Hill with the National Labor Relations Board.

The company said its operations have continued with “limited interruptions” during the strike due to a “successful contingency plan.”

Workers often spend long careers at Kentucky bourbon distilleries, and the jobs often attract multiple generations of families. Disputes flare up occasionally, and other strikes occurred in recent years at Jim Beam and Four Roses — other iconic names in the bourbon sector.

The bourbon industry has been on a long upward trajectory.