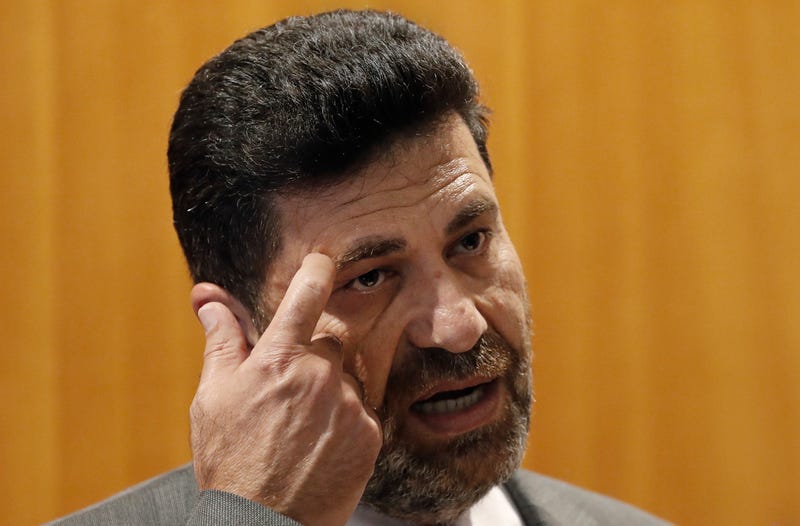 The deal allows Beirut to resell 1 million tons of heavy fuel oil from Iraq — fuel that Lebanon cannot use in its own power plants — to companies who would then provide useable fuel to Lebanon over the next year.

The swap, which Ghajjar estimates is valued at between $300-400 million, could offer a brief respite to Lebanon’s worsening power cuts and bring funds to its cash-strapped government. But a structural power solution, in a sector steeped in corruption and political interference, is far from sight.

Blackouts have been a fixture in Lebanon since the end of its 15-year civil war in 1990, and the small country relies on imported fuel. But the problem has intensified as the government grapples with unprecedented financial problems, and considers lifting fuel subsidies.

“The Iraqi state agreed to open an account in Lebanon's Central Bank in exchange for this fuel. This account is managed by the Iraqi Finance Ministry through which it buys services inside Lebanon... in Lebanese pounds,” Ghajjar said. Then Lebanon resells the fuel in exchange for fuel it can use in its plants.

“We hope other Arab countries follow suit and give us this opportunity because it is really a golden opportunity for us,” Ghajjar said at Beirut International Airport upon his return from Baghdad.

A statement from Iraq’s Prime Minister’s office said the 1 million barrels of fuel oil would be offered to Lebanon in exchange for services and products, although neither side immediately mentioned what these were.

Lebanon's state electricity company has most recently been providing no more than four hours of power a day, leaving private generator operators as the main providers. Diesel supplies have dwindled, and long queues stretch outside gas stations each day.

Government officials have also complained of widespread smuggling to neighboring Syria, which is also facing an economic crisis following a decade of war.

Lebanon defaulted on its foreign debt last year and struggled to pay suppliers. The Central Bank has been limiting credit to purchases of basic supplies, including fuel and medicine.

The energy crisis has reached unprecedented levels in Lebanon. Generator operators warned Friday they would have to turn off their engines as diesel shortages have worsened and prices on the black market have reached exorbitant levels.

Hospitals are rationing their consumption, shutting off air conditioning in waiting areas, while bakeries in some parts of Lebanon have stopped their ovens altogether. Supermarkets have warned that the power shortages threaten their merchandise and endanger food safety.

The U.N. children's agency, UNICEF, has warned that most water pumping will gradually cease across the country in the next four to six weeks, putting more than four million people, including one million refugees, in immediate risk of losing access to safe water.