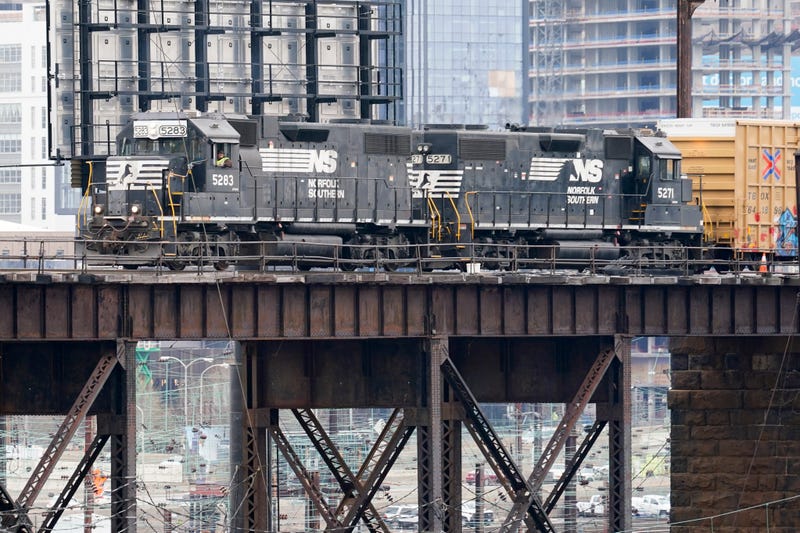 OMAHA, Neb. (AP) — Norfolk Southern railroad delivered 13% greater profit in the fourth quarter even though the amount of cargo it transported declined because it was able to raise rates.

The results topped Wall Street expectations. The average estimate of seven analysts surveyed by Zacks Investment Research was for earnings of $3.04 per share.

Norfolk Southern said it hauled 4% fewer shipments as auto production continued to be hurt by the ongoing shortage of computer chips and supply chain challenges slowed shipments of containers of imported and domestic goods.

Edward Jones analyst Jeff Windau said the supply chain problems and a lack of employees in key areas on the railroad accounted for the decline in volume, but Norfolk Southern continues to work to get more efficient. The railroad said the average length of its trains has increased 20% since it began to overhaul its operations in late 2019, and that allows it to run with fewer employees and locomotives.

Norfolk Southern predicted that its revenue will grow this year by a rate in the upper single digits. Chief Marketing Officer Ed Elkins said the railroad is confident that the supply chain problems that have slowed shipments will continue to improve throughout 2022.

“We’re optimistic that our business will continue to grow despite the ongoing uncertainty in the economy,” Elkins said.

The railroad said it is working on hiring more employees to replace workers who retired or left the company last year, so it will be ready to handle the volume growth expected this year but a number of those new employees won't be ready to start work until February. Railroad officials also said the number of COVID-19 related absences had doubled this month over December creating some staffing challenges.

But even with the hiring, the total number of employees on the railroad is expected to remain flat this year after attrition.

Norfolk Southern is one of the nation’s largest railroads, and it operates about 19500 miles (31382.21 kilometers) of track in 22 Eastern states and the District of Columbia.

Elements of this story were generated by Automated Insights (http://automatedinsights.com/ap) using data from Zacks Investment Research. Access a Zacks stock report on NSC at https://www.zacks.com/ap/NSC