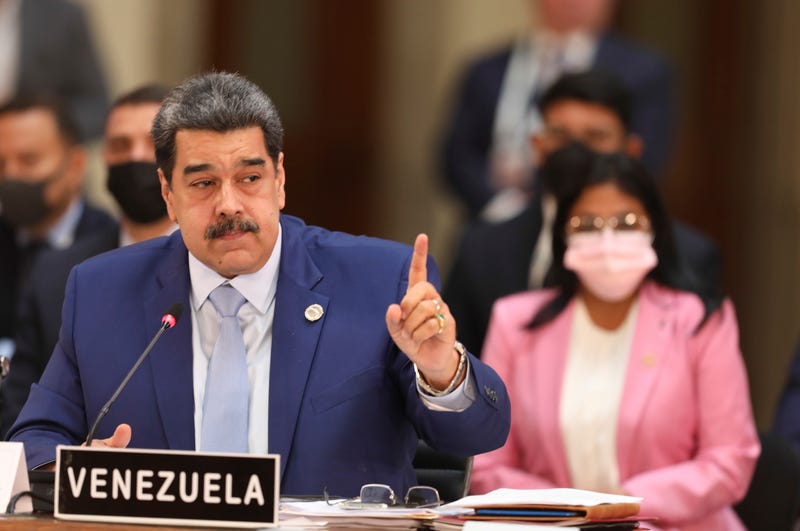 MEXICO CITY (AP) — Mexican President Andrés Manuel López Obrador wants to leave questions of human rights and democracy to the United Nations, as part of his continuing criticisms of the Organization of American States.

López Obrador spoke Saturday at the meeting of the Community of Latin American and Caribbean States, or CELAC, which includes almost all countries in the region except Brazil. Unlike the OAS, the U.S. and Canada don't belong to CELAC.

The summit took up questions plaguing the region, like mass migration and the coronavirus pandemic. But some leaders angered by the OAS' criticism of leftist regimes in the region have hoped CELAC could replace it.

López Obrador has suggested the OAS is interventionist and a tool of the United States. But he did not formally propose leaving the organization. Rather, he opposed any kind of sanctions and said questions of human rights and democracy should only be considered if a country accused of violations requests that.

“Controversies over democracy and human rights should be worked out in truly neutral forums created by the countries of the Americas, and the last word should be left to the specialized agencies of United Nations,” López Obrador said.

The President of Uruguay, Luis Lacalle, defended the OAS.

“You can disagree with how it is managed, but you cannot discount the organization," said Lacalle, who also openly and by name criticized Cuba, Venezuela and Nicaragua for anti-democratic practices.

El Salvadoran Vice President Felix Ulloa criticized what he called “partisan” behavior in the OAS, but noted “we are not expecting nor do we think that a substitute will emerge from this.”

Panama's Foreign Relations Minister, Erika Mouynes, called attention to the region's problem of migration. Mouynes said that while only about 800 migrants were entering Panama a few months ago — mainly from Colombia — now about 20,000 are arriving every month. Panama is struggling to feed and care for the influx.

“This phenomenon can only be handled in a regional manner,” Mouynes said.

Venezuelan President Nicolás Maduro was one of the unexpected leaders who arrived late Friday in Mexico City for the meeting. This is his first trip outside Venezuela since the U.S. government indicted him on drug trafficking and terrorism charges in March 2020, and offered a reward of up to $15 million for him.

Maduro challenged Uruguay's Lacalle to a debate on democracy.