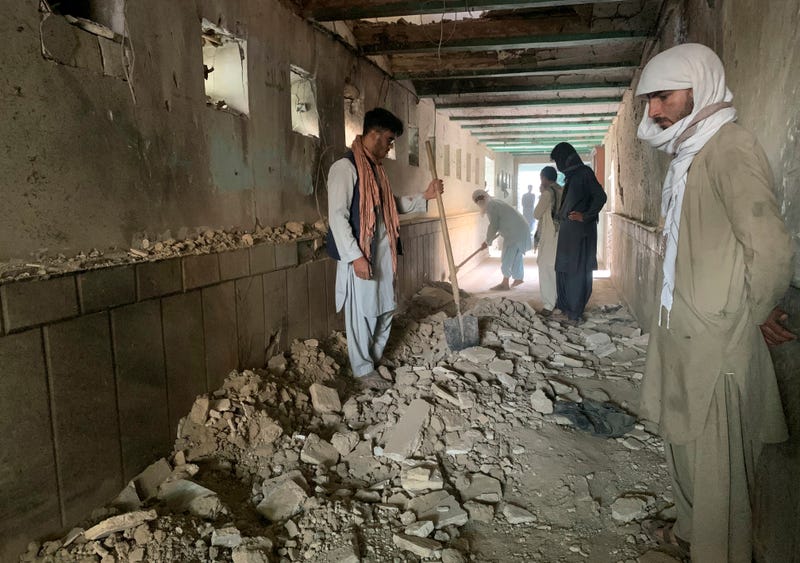 There was no immediate claim of responsibility for the carnage at the Fatimiya mosque in Kandahar province. The attack came a week after a bombing claimed by the local Islamic State affiliate killed 46 people at a Shiite mosque in northern Afghanistan.

The sectarian bloodletting has raised fears that IS — an enemy of both the Taliban and the West — is expanding its foothold in Afghanistan.

Hafiz Sayeed, the Taliban's chief for Kandahar's department of culture and information, said 47 people had been killed and at least 70 wounded in the attack.

Murtaza, a worshiper who like many Afghans goes by one name, said he was inside the mosque during the attack and reported four explosions: two outside and two inside. He said Friday prayers at the mosque typically draw hundreds of people.

Another witness, also named Murtaza, was in charge of security at the mosque and said he saw two bombers. He said one detonated explosives outside the gate, and the other was already among the worshippers inside the mosque.

He said the mosque's security personnel shot another suspected attacker outside.

Video footage showed bodies scattered across bloodstained carpets, with survivors walking around in a daze or crying out in anguish.

The Shiite Assembly of Ahl al-Bayt, a global religious society, condemned the attack in Kandahar, accusing the security forces in Afghanistan of being “incapable” of addressing such assaults.