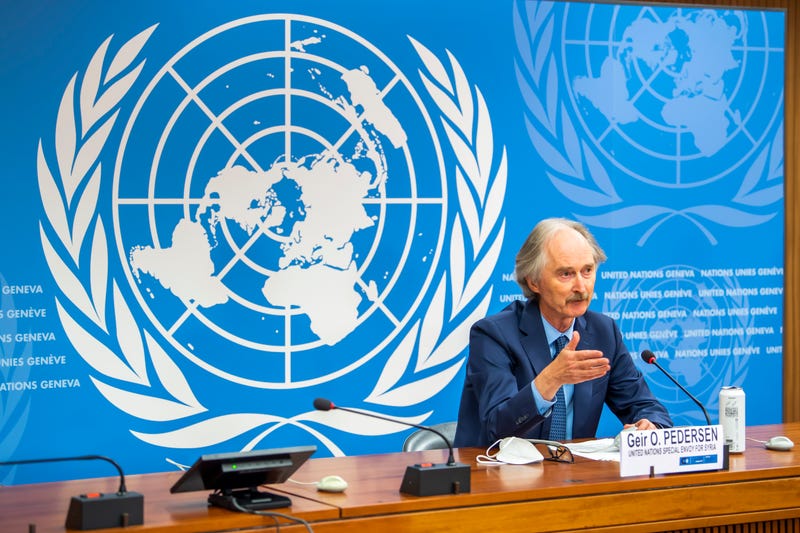 BEIRUT (AP) — The first round of talks between the Syrian government and the opposition to draft constitutional reforms in Geneva ended in disappointment and no new date has been set for the next meeting, the United Nations envoy for Syria said Friday.

The talks started Monday following a nine-month hiatus of the U.N.-led meetings of the Syrian constitutional committee where government, opposition and civil society are represented.

This week, the delegations returned to Geneva after mediation by Geir Pedersen, the U.N. envoy for Syria. They had agreed on a mechanism to begin drafting the constitution for the war-torn country, part of the U.N.-led political process, since 2012, aimed at ending the decade-old conflict.

But Pedersen said discussions on Friday were a “big disappointment” when it was time to find a provisional agreement or at least identify areas of disagreement. Over the last four days, each side presented their view on four basic principles, divided among them.

“We didn’t manage to achieve what we had hoped to achieve; that we would have a good discussion on how to reach forward on some kind of consensus,” Pedersen told reporters. “We lacked a proper understanding on how to move that process forward.”

The government delegation had prepared a text on Syria’s sovereignty, independence and territorial integrity and on terrorism. Representatives of the exiled opposition drafted a text on the armed forces, security and intelligence agencies, while civil society groups wrote the section on the rule of law.