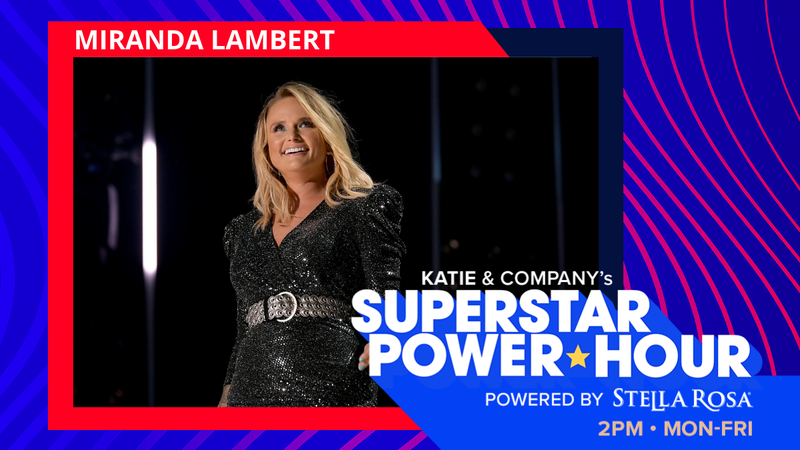 Listen every weekday from 2PM - 3PM on your favorite Audacy Country station as Katie & Company brings you today's biggest hits with some extra insight from the biggest stars in the genre!

Miranda Lambert is fresh off the release of her brand new single, “If I Was A Cowboy,” and fans are ecstatic as it fills their need for some fresh Miranda music. Lambert’s most recent solo release came from her 2019 album, Wildcard, which featured hits like “It All Comes Out In The Wash,” “Bluebird,” “Tequila Does,” and her most recent single, “Settling Down.”

Since then, Lambert joined forces with fellow singer-songwriters Jack Ingram and Jon Randall for a stripped-down, collaborative project titled The Marfa Tapes, which featured raw audio recorded in one take in the fields of Marfa, TX.

Just like her fans, Miranda is excited for her next chapter of solo music, which unofficially kicks off with the release of “If I Was A Cowboy.”

“I wrote this song with my new friend, Jesse Frasure, we met doing the re-mix of ‘Tequila Does,’” said Miranda of the song. “Got together one day, one afternoon for a write and this is what came out of it. It’s funny, he’s a Detroit boy and I’m an East Texan, but somehow we wrote a song about the Wild West together, so it’s pretty cool.”

Here more about Miranda and what we can expect from her in the coming months by tuning in to Superstar Power Hour, every weekday from 2PM - 3PM on your favorite Audacy Country station.