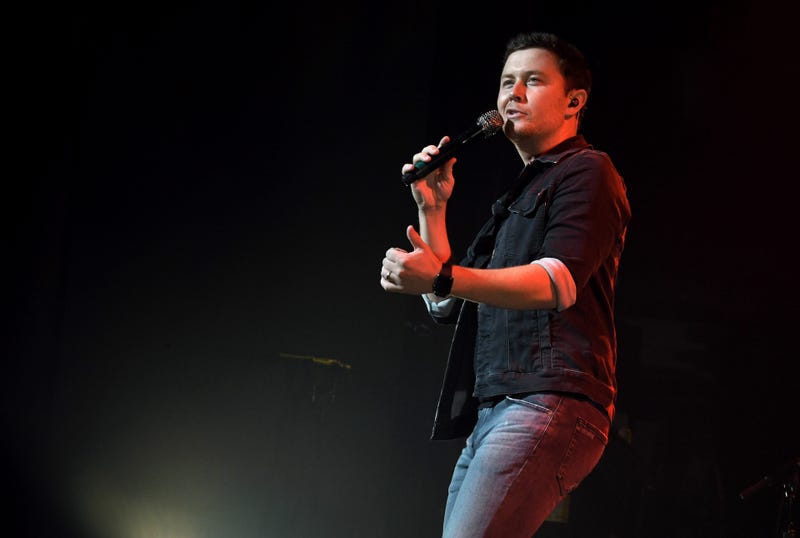 Scotty McCreery is celebrating the release of his new album, Same Truck, available now. With the new album, of course, comes new songs which means new lyrics to memorize for Scotty, who admits he draws a blank regularly during his live shows.

“I’m not good at lyrics… I forget lyrics every night,” Scotty told Audacy’s Rob + Holly. “It’s just, it’s part of the show almost,” he laughed.  “It’s not like I forget a song, but like, I’ll be in the middle of a verse, I’ll see a sign or something in the crowd and it distracts me.”

He continued, “It’s not like I won’t say anything, I’ll say something, it just won’t be anywhere close to what the actual lyric is sometimes.”

Well, the show must go on, and Scotty is a pro at making sure that happens, even if it’s something else that causes him to slip-up.

“We’ve pretty much had it all happen,” Scotty said of all the things that have gone wrong while on stage. “Tracks shut down, power goes out, I fall into the crowd or fall off the stage.”

Wow, talk about fans getting their money’s worth for entertainment!

What a crowd! Had a great time performing at @Summerfest in Milwaukee on Saturday night! pic.twitter.com/XjlD6UO2qx

“It’s live music, you just gotta go with the flow,” said the 27-year-old, who admits there was only one time a literal slip up “crushed his soul”. “The worst one for me, I think we were somewhere in Idaho. It had rained right before the show, they squeegee’d off the stage and they’re like, ‘OK, you’re good! You’re good to go,’ but we had these ramps on my set.”