Ringing in the new year with RADIO.COM's Coop, Country superstar Scotty McCreery reflected on the past year, the success he's enjoyed with his emotional single "You Time," and what fans can look forward to in 2021.

Currently preparing his fifth studio album, while simultaneously checking things off of his wife Gabi's "Honey-Do" list -- the 2011 American Idol winner gave Coop some insight into his latest offering and when fans can expect the new album.

"The song was written last year when life was a little more normal," Scotty says of "You Time." "We were busy on the road... and I was working in between. Gabi's a pediatric nurse, so she was busy at the hospital and we weren't getting to spend a lot of time together. That's where the song came from. Fast-forward to now, all we're getting is time together. But that's been one of the positives, is getting to hang with her so much." 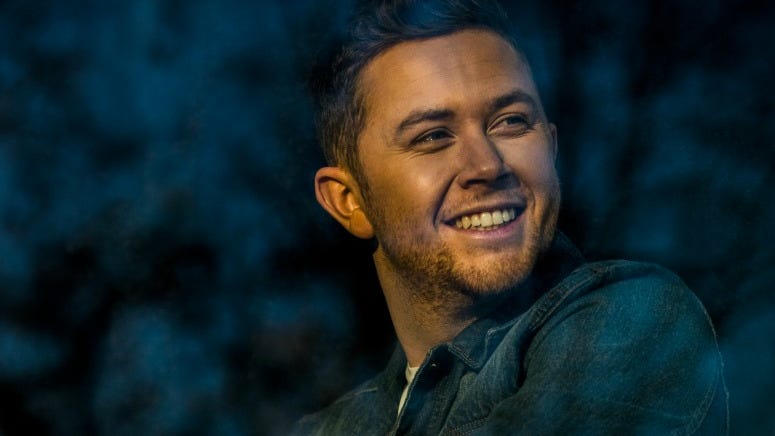 All he's known for his entire adult life has been connected to the road and creating music. The abrupt pause in the industry has forced all artists, including Scotty, to pivot and find ways to bring their A-game.

"Life's a lot different. I haven't spent this much time at home since I was, I guess, 15-years old," he says. "The writing's been different. Zoom-writes is something we're all getting used to."

A silver-lining Scotty has found through the cloudy year would be the way songwriters have been able to stay fresh and stay connected. "We've had to adapt and learn new things, and I think we can still use them," post-COVID he admits. "Down the road when life does get back to normal... you know, I can't make it to Nashville but I can hop on a zoom with some of my favorite writers. There's definitely been some good stuff to come out of all this."

Recently back from a working trip to Nashville, Scotty says he's working "full steam ahead" on the new record and is looking forward to wrapping it all up in February. The songs, half of which were written by McCreery himself, are mostly a look back at his life rather than his previous offering which was focused on his new life with Gabi.

"Now I'm reflecting on what that's been like," he says. "It's been fun to make." 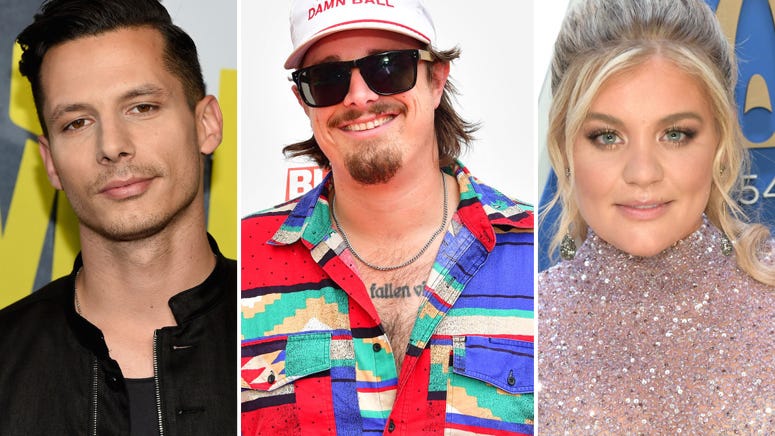 HARDY, Lauren Alaina, and Devin Dawson on overcoming hard times and pouring it into 'One Beer'

Thinking back to his conversation with fellow 2011 Idol alum Lauren Alaina, who found that her success on the show did not necessarily reflect success with her music, Coop wondered if that was a surprise that Scotty also experienced following his time on the program.

"I totally agree. I think for the both of us, we went through that together," says Scotty. "We had a Country finale, which I'm still so proud about, on the biggest show that was out there. But it's true. I think you're a TV star when you come off that show, but I don't think anybody goes on that show to become a TV star."

"It's crazy," he continues, "because one thing everybody in this business is looking for is to be able to put a face to the name and you get that immediately with Idol. But I think what me and her are both looking for is to be seen as Country music artists that write our own songs, and have them on the radio."

"Idol helped us get known, but I would say both of us were looking more so for the songs. Because in Country music it's all about the song."

Looking back at Scotty's 2017 single "Five More Minutes," which made history by not only charting without the support of a record label but went all the way to number 1, are there any lessons he has brought with him into the writing and recording process of his next release?

"That song is just a special song. We had to go through a lot to get that out to y'all at radio," he says. "It took a minute, but I believed in the song. I knew it was special to me and I was praying to God that it was special to other people as well."

"I think one thing I learned from that is just writing from the heart, and write what you know and love. I tried to do that on my last album," Scotty says. "All the singles were very personal songs for me... We're still doing that with this next record."

"I learned from the last album that we're all a lot more alike than we are different. Stuff that I'm going through and stuff that I want to write about that I've lived through, a lot of other folks have done the same."

Watch the full interview above where Scotty gives some of his thoughts about the whirlwind that was 2020, his favorite song (that's not his), and what emoji he would attach to the year we'd all like to erase from memory.

While you await the new record be sure to follow Scotty on social media. You never know what mountain he and Gabi will almost be blown off of next -- and keep a lookout for more new music in the coming months.