An adaptation of the popular Roald Dahl children's book, "The Witches," will be hitting streaming this Halloween season, and there's a star-studded cast that comes along with the project.

Original plans for the film to hit theaters this month were scrapped in favor of a coronavirus-friendly streaming plan.

Warner Bros has announced that the film will be unveiled on October 22 on HBO Max, starring Anne Hathaway, Octavia Spencer, and Stanley Tucci. The story follows a young boy who uncovers a secret coven of witches, the Daily News reports.

The boy must work with his grandma to try to stop the witches from turning all the children of the world into mice. Chris Rock will voice the boy character as an adult.

Spencer is slotted to play the boy's grandmother while Hathaway will star as the Grand High Witch. The screenplay was co-written by Robert Zemeckis and "blacki-sh" creator Kenya Barris along with "The Shape of Water" writer Guillermo del Toro.

This will be the second film adaptation of "The Witches." The first came in 1990 with Oscar-winner Anjelica Huston at the helm.

If you're looking for other Halloween-inspired films and TV shows to watch to get into the holiday spirit, Netflix has a series of movies and shows coming to the platform to keep viewers entertained all season long. 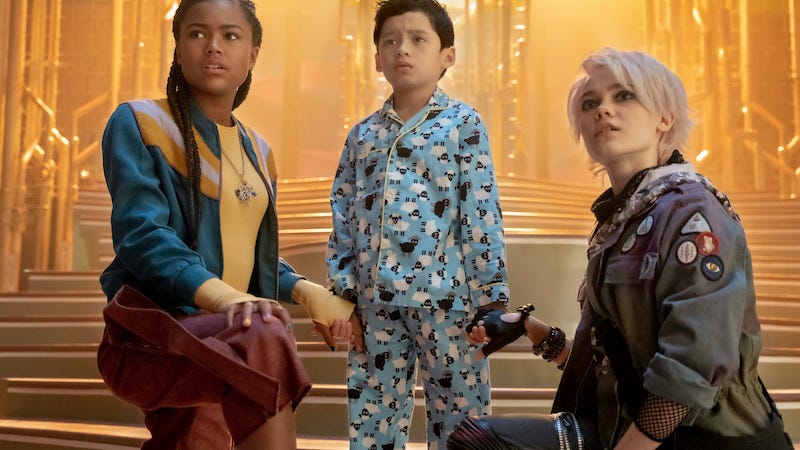 The movies — a robust mix of classic films and new specials — are just the right amount of scary so you’re not sitting at home with your light on all month long. As they say, more treats and less tricks!