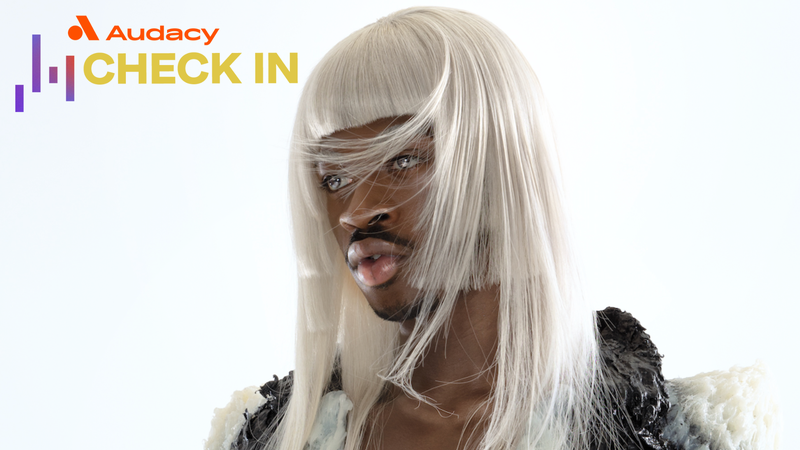 On the release day of his newest single “STAR WALKIN’ (League Of Legends Worlds Anthem),” Lil Nas X joined Audacy’s Julia for a quick Check In to chat and share some details about the brand new track.

“My favorite part is the second verse, and the very end when it gets like slow and intimate with the piano,” Nas revealed when talking about his new song. Admitting that the creation process was actually “nauseating, because I had to go through so many different versions of creating the hook.”

Nas continued, “the initial first day of making it, super fun, we had a lot of neon lights going off in the studio… it was really cute. And somehow it took me months to get to the hook that's there now. But other than that I had a great time, it’s about the song getting to the people at the end of the day.”

All good though, because as we wait for that “something else,” the “STAR WALKIN' (League Of Legends Worlds Anthem)” music video has since dropped, and you can check it out below.

Currently setting the road ablaze on the Long Live Montero Tour, his first ever headlining trek. Nas has been having the time of his life. “It’s been super fun meeting fans,” he shared. And we’re happy to report, unlike his Audacy Beach Festival performance last year, he’s managed to evade any wardrobe malfunctions or falls. Probably because he got it out of the way ahead of tour kick off.

“There’s been one, but it wasn’t on tour, it was right before tour, we was doing like a pre-show… to let fans see what the tour would be like, like a select group," Nas shared, “and my pants ripped.”

“Now every time before I go out I check my pants, I’ll drop low as possible to make sure they won’t rip… I’m prepared.”