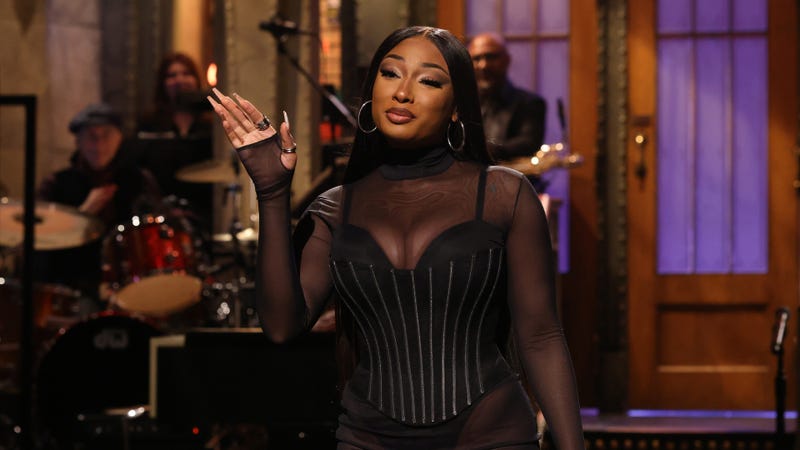 After pulling double duty as host and musical guest on Saturday Night Live, the day after her Los Angeles home was broken into, Megan Thee Stallion is following through on taking some much needed time off.

Taking to to Twitter the night before her big gig, Megan wrote “Wow,” in response to the reported burglary, where more than $300,000 worth of her personal property was stolen. “Material things can be replaced but I’m glad everyone is safe.”

She followed that up with a statement about what her plans were for after her appearance on the famed sketch show, writing, “Hotties im really sorry but after SNL I really gotta take a break I’m so tired, physically and emotionally,” she said in her next tweet.

Hotties im really sorry but after SNL I really gotta take a break I’m so tired, physically and emotionally

As sad as we are about Megan’s rest hiatus, we can’t deny she’s been smashing it all year and most definitely deserve a re-charge. So until her return we’ll just have obsess about her episode of SNL, which she absolutely slayed.

Starting with her monologue, during which dished out a British accent (in hopes to get cast on Bridgerton) and talked about the difficulties of getting her college degree in health administration from Texas Southern University all while continuing her rap career. Then further drove home her requirement for rest by joking one of her new nicknames is now “Megan the B**** That Needs Some Sleep,” before promoting her mental health resource website.

As expected there was a flurry of memorable skits including one called “Hot Girl Hospital,” which you can check out below.

And as always, two musical performances — first a show-stopping rendition of “Anxiety,” followed by a mashup of “NDA” and “Plan B,” all tracks from her latest album Traumazine.