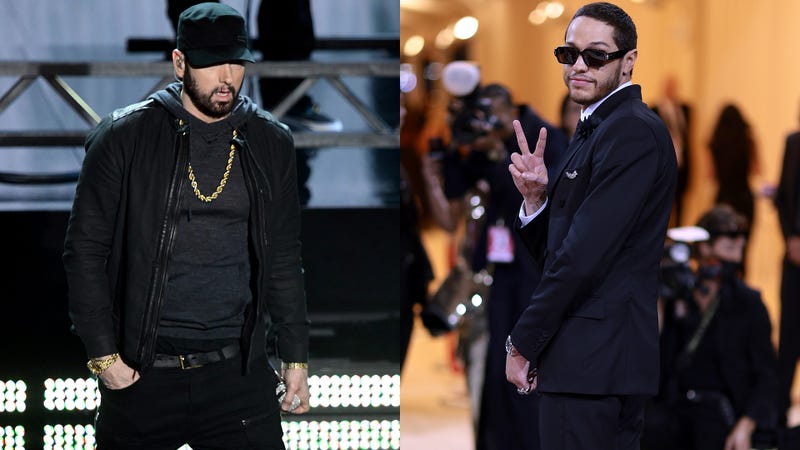 Pete Davidson, who appeared in his final episode of Saturday Night Live this past weekend, had yet another rap music video parody where he paid tribute to Lorne Michaels.

When setting up the video, host Natasha Lyonne came up to Davidson and told him that Michaels was depressed because he had always wanted to appear in a music video with him. “That guy has literally done everything for me, so I’m going to pay him back by doing this rap video exactly the way he wrote it,” Davidson said.

The skit then segued into a music video for a song called “Forgot About Lorne,” which is a parody of the Dr. Dre classic “Forgot About Dre” featuring Eminem. 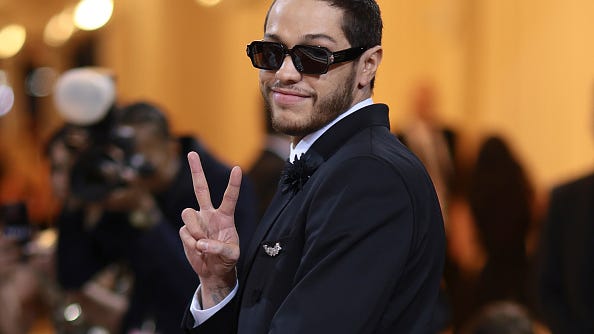 In the video, Davidson is dressed as Michaels and raps about the SNL creator’s vast influence, the careers he’s helped launch, and his impressive rolodex.

Davidson is then interrupted by none other than Slim Shady himself, who shouts at him from behind-the-scenes. “Pete!” Eminem yells out, “what are you doing man?”

“It’s another parody, it’s like another tribute or something?” Shady asks, to which Davidson says “it’s the third one.”

“I would just stop,” Eminem responded. “Yeah, they all suck. Just please, stop… It’s really bad.” After Davidson pleaded his case, Eminem pointed his finger at the comedian and said, “Pete, don’t f*****g do it again!”