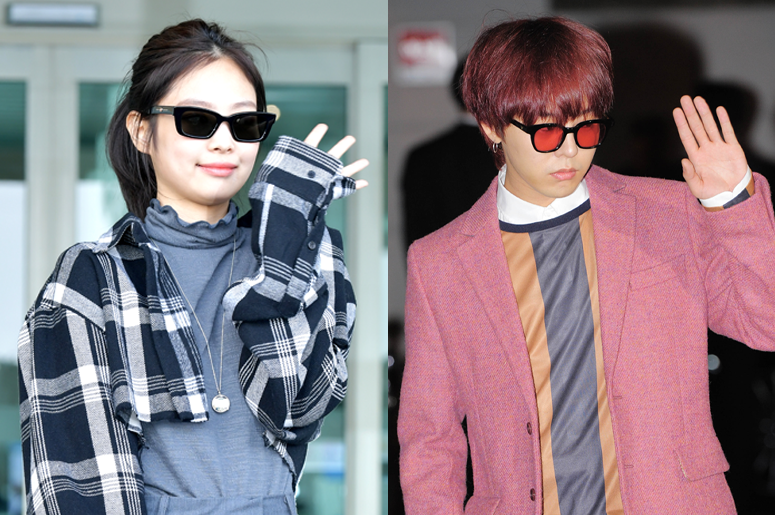 Does K-pop have a new power couple? Well, according to Dispatch, a South Korean media outlet known for paparazzi photos and up-to-date news on Korean celebrities, two BLACKPINK and BigBang members have been dating for about a year.

While nothing has been officially confirmed, we’ll share what we know and let you determine what you think. If you’re a fan of K-pop then you undoubtedly already know that in 2012 pre-debut Jennie appeared in G-Dragon’s music video for “That XX.” And just one year later, she was also featured in G-Dragon’s second solo album title track, “BLACK.”

So there’s the "how they met," so how did they go from friends to allegedly more? Well, responding to the rumors, YG Entertainment, both BLACKPINK and BigBang’s management company, issued out a statement saying they would not comment on the personal lives of artists.

However, as you know, gossip always has a way of coming out, and their relationship is said to have come about and facilitated by their managerial teams and company staff. The couple have apparently spent most of their time at home. And just last month Jennie was seen heading out of G-Dragon’s house the morning of BLACKPINK’s online concert. Dispatch later spotted G-Dragon’s vehicle at the Kintex Center, where the online concert was being held.

Dispatch Reveals BLACKPINK Jennie And BIG BANG’s G-Dragon Have Been Dating For One Yearhttps://t.co/F7Rflu9QIU

And before ya’ll come at us with excuses and explanations as to any other possible reasoning for the photos to make sense, hear us out. According to Koreaboo “G-Dragon’s penthouse has an independent parking system, with a separate parking lot within the villa’s public parking space. In order to go from the front door to the parking lot, you have to go through a two-step verification process. There is also a dedicated elevator in the penthouse parking lot that is used to go up to the house. Because there is no need to go outside to get into the house, any worries of people being seen coming and going are minimal.”

And remember what we said about those rumors, well it was also reported that Jennie’s car has been registered at G-Dragon’s villa. According to Dispatch, Jennie had no problem going through the front door without a separate authentication procedure. Additionally reported by Koreaboo, and according to Dispatch, via close friends of the rumored couple, “a lot of people at YG know about their relationship. Jennie’s mother also knows about her relationship with G-Dragon. She is grateful that he takes good care of her.”

Well as it maybe supposedly seems, congratulations are possibly in order, not just for being a couple lol, but for keeping it off everyone's radar for so long… well reportedly. We're so "allegedly" excited for these two!