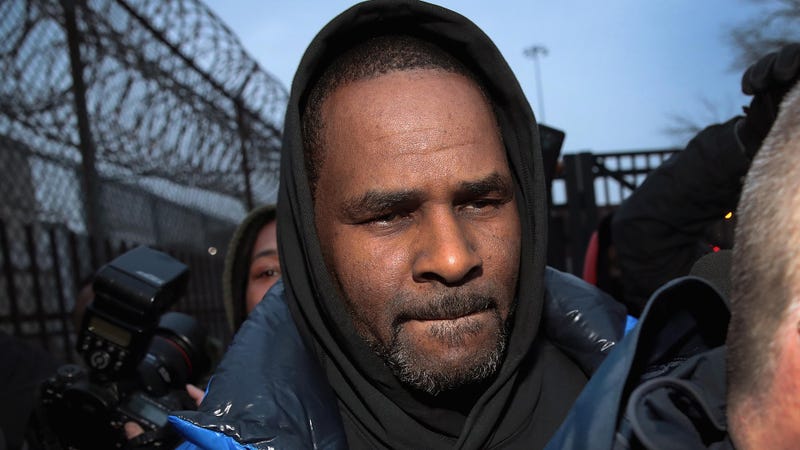 While serving 30 years for committing federal sex crimes, R. Kelly shocked the world today by dropping a 13-track album, titled I Admit It.

The project is reported to be a bootleg, according to Sony Music representatives. While uploaded to Apple Music and Spotify early today, this is an unofficial release; a combination of unreleased and previously released music.

With song titles like: “I Found Love,” “I Know You Got a Man (I Don’t Care)," and “Freaky Sensation,” you can’t help but wonder who he is talking about while behind bars.

It’s hard to determine what message Kelly was trying to convey as he toggles back and forth between the ideas of love and peace for the world, and his love life. In his song “Last Man Standing,” he declares that despite all of the hate he receives, he’s not going to let anyone get in his way and will be the ‘Last Man Standing.’

However, as intense as those songs are, they are nothing compared to his trilogy of songs at the end of the album titled “I Admit It (I Did It),” which was previously released in 2018 as one 19-minute song.

Kelly gets more transparent as he transitions into part two, and dives into his feelings about the allegations against him: “I admit I f*** with all the ladies, that's both older and young ladies, but tell me how they call it pedophile because that s*** is crazy, you may have your opinions, entitled to your opinions, but really am I supposed to go to jail or lose my career because of your opinion?”

He also revealed that he was sexually assaulted as a child by a family member up until he was 14 years old: “Now, I admit a family member touched me, from a child to the age 14, yeah while I laid asleep, took my virginity, so scared to say something, so I just put the blame on me. Now here I am, and I'm tryin' my best to be honest.”

Feeling as though he is “the most disrespected artist,” he had to get his feelings out and that’s what prompted him to create this song, shouting out those who still love and support him with the message that if it wasn’t for them, he wouldn’t have been able to stay so strong.

Kelly remains firm that he has not done anything illegal and that everything said about him throughout the years are just “assumptions.”