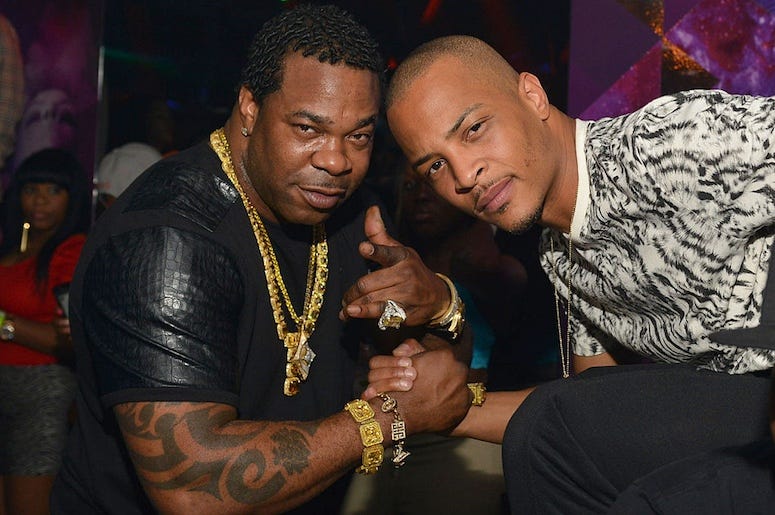 “Verzuz” is about to get spicy.

Busta Rhymes hopped on IG Live with Fat Joe the other night and issued a proclamation. He wants to take on T.I. in a Verzuz battle

"From one brother that loves you, to my brother that knows I love him, I'm begging you to step in the ring with me. I'mma bust your a**," Busta said as Fat Joe immediately bursted out in laughter

T.I. caught wind of Busta’s challenge and decided to respond. He’s not interested. T.I. said the generational gap was too big and compared it to showing up to a youth Pop Warner football game as an adult.

#ti responds to #bustarhymes although he respects him he thinks it wouldn’t work two different generations pic.twitter.com/J1PJTaHpr7

There’s another matchup that could be in the works as Jeezy challenged T.I. to a Verzuz battle.

T.I. wasted no time responding to Jeezy saying, “sure would hate to melt that snow, man. What happens when the snow man makes its way to the cemetery? Snowmen are seasonal.”