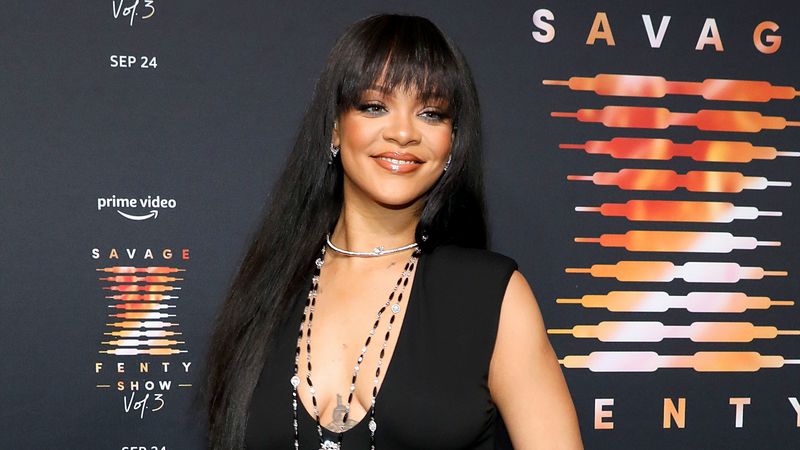 Alright — let’s get right to it. Sorry for skipping the pleasantries, it’s just that Rihanna modeled some items from her latest Savage x Fenty drop and one of them just happen to be open-back PJ pants. Oh and she was also declared a national hero of Barbados — yes all within a few days.

Let’s start with the butt cleavage first. If you’re feeling cheeky and looking for that “cozy pajamas with just a tasteful hint of butt crack showing vibes”, then look no further, cause RiRi’s got you covered. Or well… partially covered (lol get it). 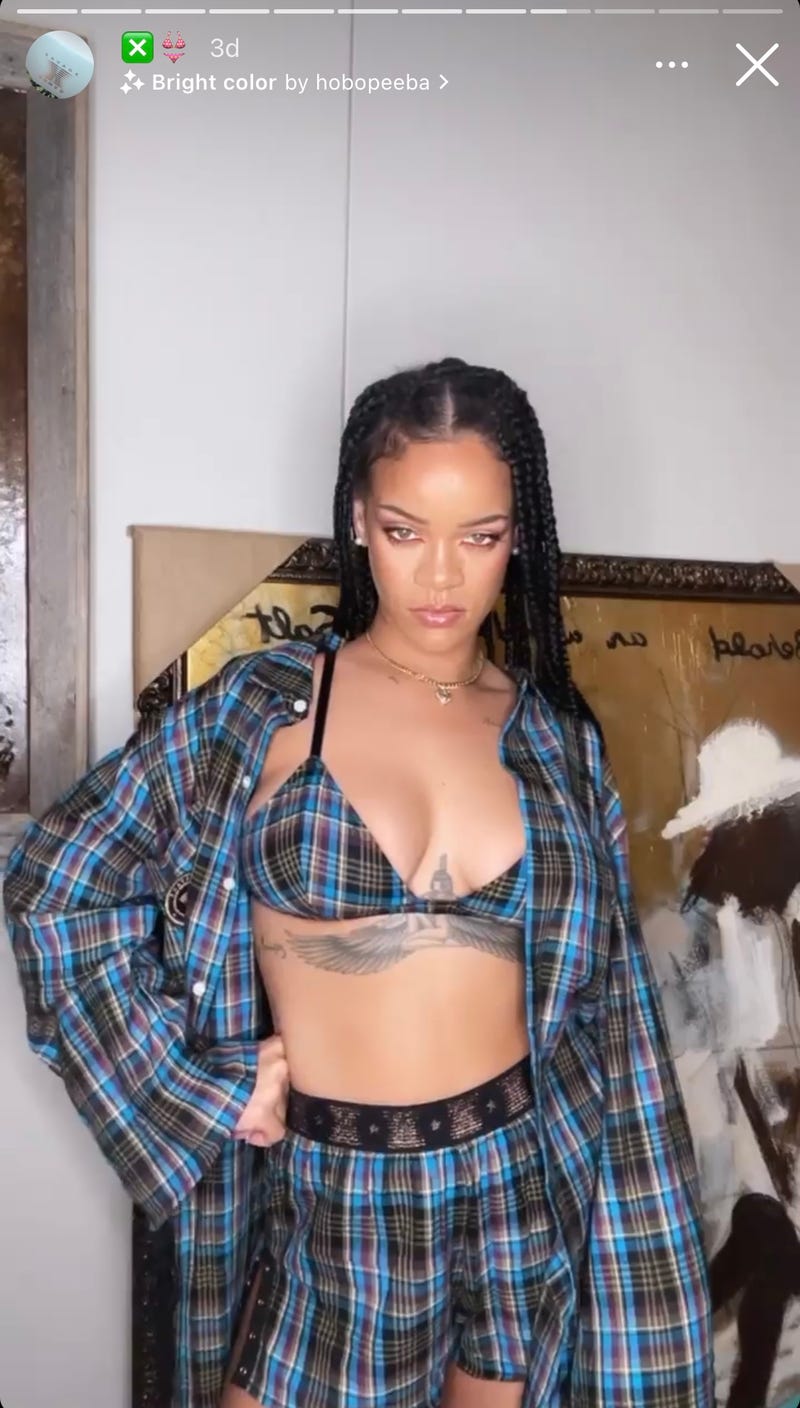 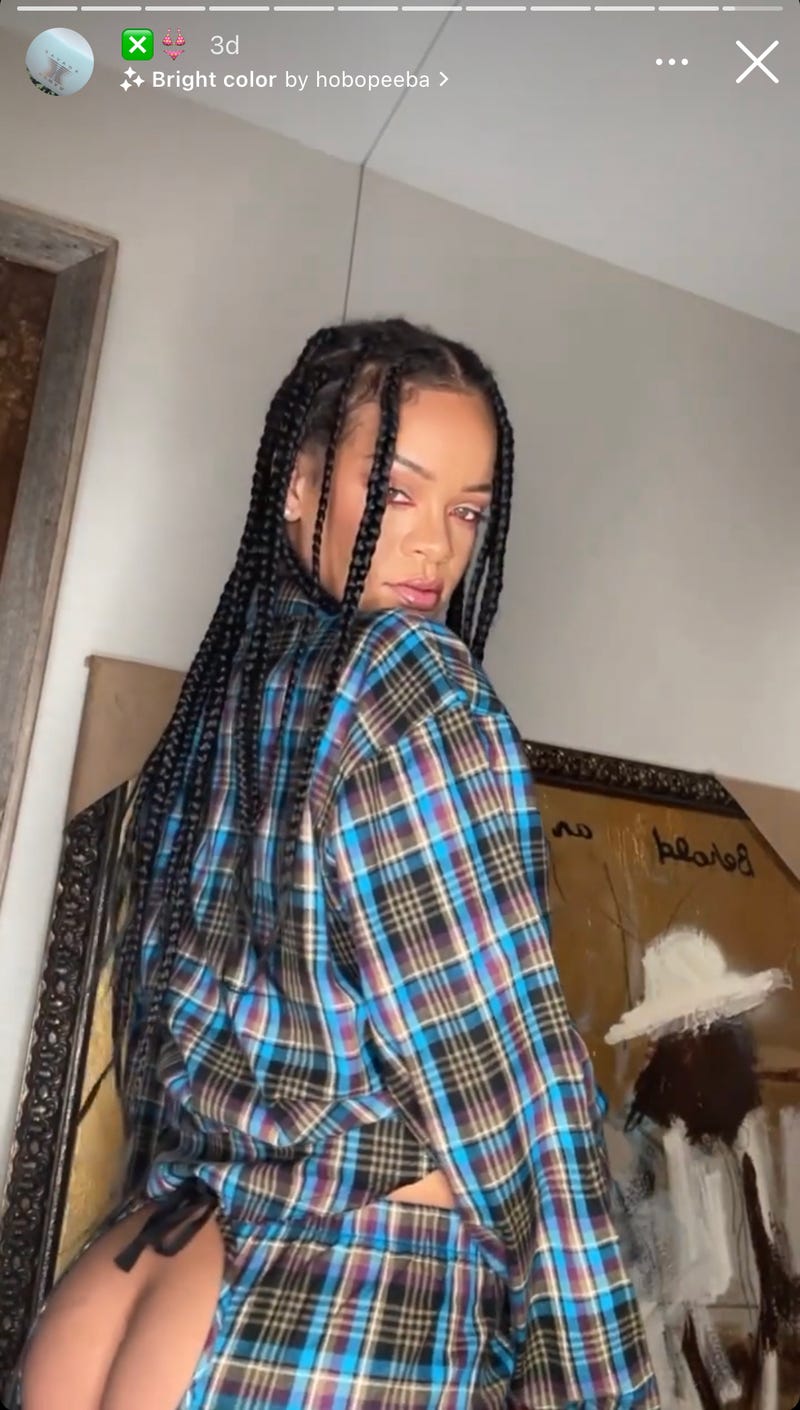 Appearing to be your standard plaid pant from the front, a turn to the side reveals the open back and an adjustable tie, designed to “show off what you want, Savage style,” or so says the product description.

Then on Monday, Barbados basically assigned itself a new Queen — well sort of. But she has actually been declared a national hero of the Caribbean nation by Prime Minister Mia Mottley.

During the Pride of Nationhood ceremony in Bridgetown, Barbados to commemorate formally cutting political and ceremonial ties with the United Kingdom.

After previously being named ambassador to Barbados in 2018, the billionaire singer-actress-entrepreneur received “the order of national hero” during the Pride of Nationhood ceremony in Bridgetown, Barbados. An event thrown to commemorate becoming the world’s newest republic, removing Queen Elizabeth II as head of state.

Rihanna, real name Robyn Rihanna Fenty, or as the honor now allows her use the title of Right Honorable in front of her name, was born in Saint Michael and brought up in the capital Bridgetown before she moved to the U.S. to pursue music (and world domination). By gaining this title she becomes only the second woman to be a national hero of Barbados, and the 11th person in total. 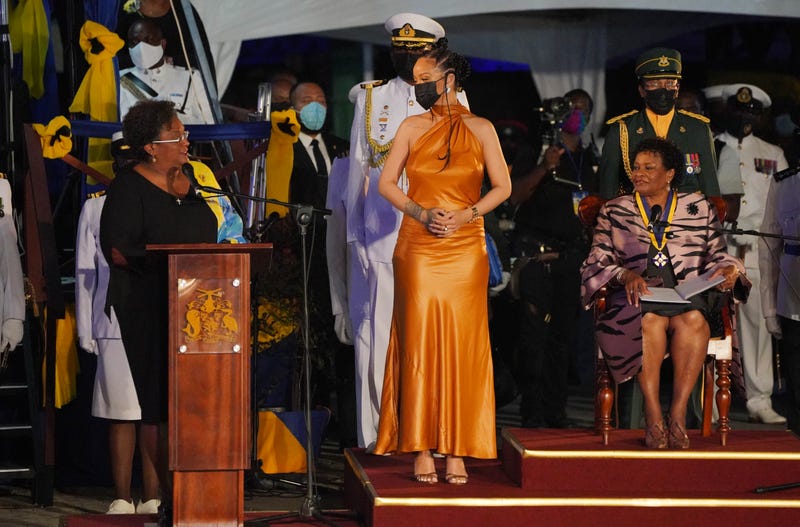 While giving a raving speech about Rih, Mottley invited her onstage to accept the honor.

“On behalf of a grateful nation, but an even prouder people, we therefore present to you, the designee, for national hero of Barbados, ambassador Robyn Rihanna Fenty,” Mottley said. “May you continue to shine like a diamond and continue to bring honor to your nation by your words, by your actions, and to do credit wherever you shall go.” Ugh we love a 2012 RiRi global hit single reference (“Diamonds”). But… not as much a those cheeky PJs, yes duh we’re still thinking about them.

And since you probably are too, you can check out all the new Savage x Fenty Tied Up Tartan items here.