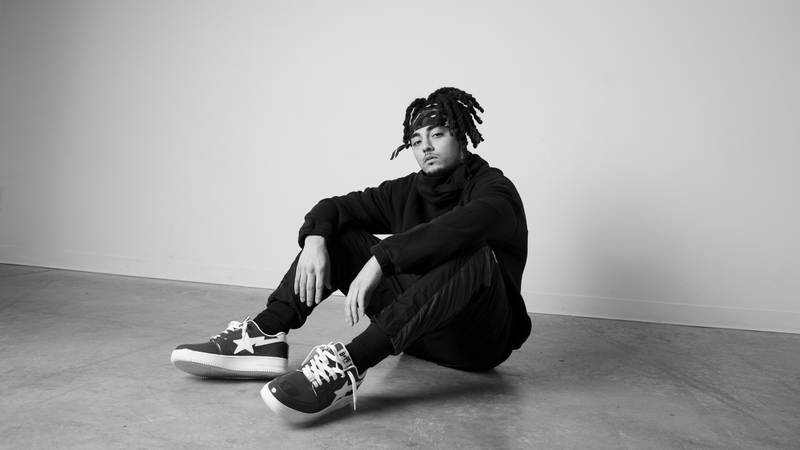 In the age of conscious rap and sharing truths via storytelling, Steven Malcolm fits right in with the likes of J. Cole, Kendrick Lamar, D Smoke and Nipsey Hussle. The rapper is described as "Michigan's best kept secret." His album, The Second City, peaked at #11 on the Billboard Hip-Hop chart and the 30-year-old gained notoriety thanks to his singles, "Not To Us/Good Love" and "Fuego (Remix)" featuring Reggae/Dancehall legend Shaggy.

With his newest project, All Is True, Malcolm has grown as an artist. He floats between contemporary gospel and Hip Hop. The 5-track EP will engross you immediately. It kicks off with the title track that paints the picture of his foundation. He details how despite his mom running away at a young age and his dad giving her money to have an abortion, she will still able "to see love through a pure view." His dad was eventually arrested and his mom turned to alcohol. He sought solace through sports, but in 2010, his outlet became music. This is his origin story and is required listening.

"We Goin Up" is more upbeat, lighthearted, celebratory banger and he's for sure "doin' something right." His incredibly catchy single, "Ándale" is a must for every occasion. Grab the aux, connect to the bluetooth or Airplay and put this on repeat. "Autopilot" is classic trap. We can definitely anticipate this being popular among DJs and outdoor functions. Malcolm's other single, "Glory On Me" that has racked up streams and views in the six-figure range features Childish Major and Taylor Hill. The powerful visual elevates the track and hits close to home highlighting current issues like the global pandemic and police brutality.

Overall, Malcolm delivered a solid project and serves a teaser for whatever is next from the rapper. Stream All Is True here and check out the cinematic visual experience above.

Want more tunes similar to Steven Malcolm's? Get into Audacy's exclusive station, Conscious Hip Hop, where you can indulge in the hits from Cole, EarthGang, Chance The Rapper and more.