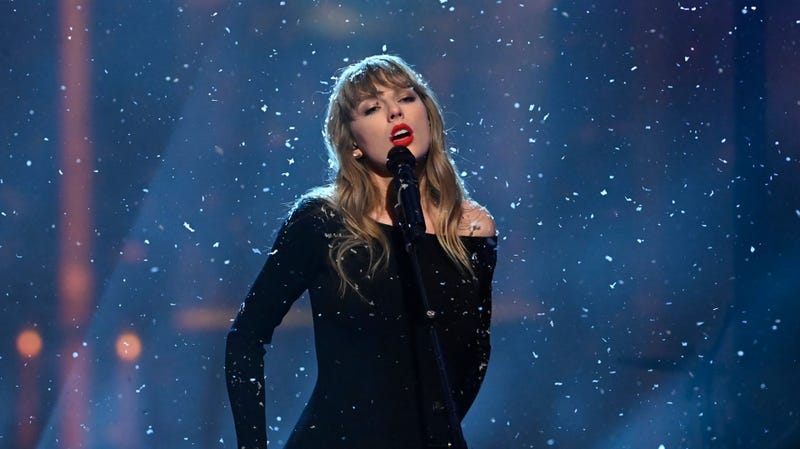 Better sit down, Swifties. Taylor Swift just dropped her first newly written original material since 2020, and gave fans an emotional backstory behind her latest offering, which is featured in the end credits of the soon-to-be-released film, Where The Crawdads Sing.

Listen to your favorite music now -- curated for fans, by fans -- on Audacy’s Taylor Swift Radio, and more!

In a new update on her social media accounts, Swift broke down the making of her latest track, explaining how the idea came to her "about a year and half ago," and is based on an "incredible story" about "a girl who always lived on the outside, looking in. Figuratively and literally. The juxtaposition of her loneliness and independence. Her longing and her stillness. Her curiosity and fear, all tangled up. Her persisting gentleness… and the world’s betrayal of it."

Taylor continues, "I wrote this one alone in the middle of the night," adding that she and The National's Aaron Dessner, who helped produce her impeccable folklore album, "meticulously worked on a sound that we felt would be authentic to the moment in time when this story takes place. I made a wish that one day you would hear it."

According to the film's description, the flick is based on author Delia Owens' bestselling 2018 novel of the same name, which tells the story of Kya, "an abandoned girl who raised herself to adulthood in the dangerous marshlands of North Carolina. For years, rumors of the 'Marsh Girl' haunted Barkley Cove, isolating the sharp and resilient Kya from her community. Drawn to two young men from town, Kya opens herself to a new and startling world; but when one of them is found dead, she is immediately cast by the community as the main suspect. As the case unfolds, the verdict as to what actually happened becomes increasingly unclear, threatening to reveal the many secrets that lay within the marsh."

Fans got a taste of the new song back in March when Taylor shared the film's trailer, saying, "'Where The Crawdads Sing' is a book I got absolutely lost in when I read it years ago. As soon as I heard there was a film in the works starring the incredible Daisy Edgar Jones and produced by the brilliant Reese Witherspoon, I knew I wanted to be a part of it from the musical side." Swift also said at the time. "I wanted to create something haunting and ethereal to match this mesmerizing story."

Listen to Taylor Swift's "Carolina," below while you wait anxiously for Where The Crawdads Sing, exclusively in theaters this July.

Listen to more of your favorite music on Audacy's all-new stations like Taylor Swift Radio, Cry It Out, Girl You Know It's Cheese, Let's Get Social, K-Bops, Beach Beats, Collabornation, and so much more!