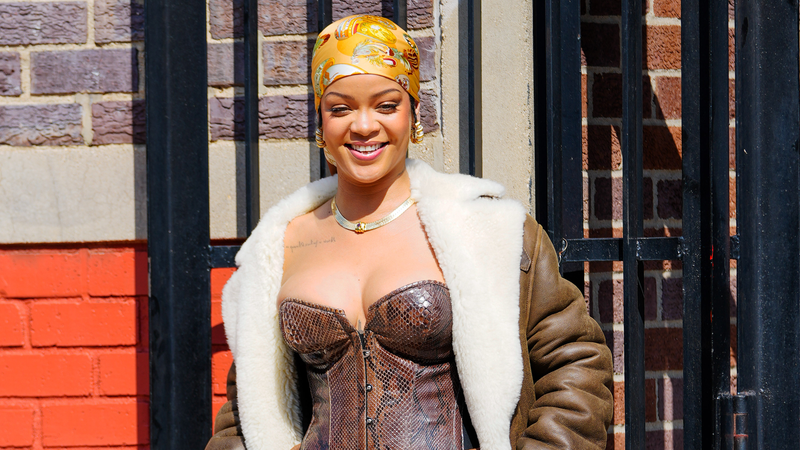 Rihanna is shutting down the latest batch of pregnancy rumors, addressing the speculation by responding to a fan named "Jen" in the most RiRi way ever.

What? Didn't they tell you that she was a savage?

Following a recent appearance in Barbados to accept “the order of National Hero” from her native country, the internet began to question if Rihanna was expecting her first child with boyfriend A$AP Rocky.

Reason being —for the occasion, Ri wore a clingy orange silk halter gown that had the trolls clamoring and claiming they spotted a "baby bump.”

🤔 Am I late… is RiRi #pregnant as I’m sure I can see a blooming bump!

Having dealt with these types of rumors before, Rihanna went a different route to address the speculation this time around, by reportedly replying to a fans DM, and NGL the whole thing just the appropriate amount of savage.

In the alleged DM exchange, Jen wrote to RiRi, "Can I come to the baby shower sis!? True or not your babies are going to be beautiful. Sorry everyone's up in your uterus right now." Maintaining a sense of humor over the situation, Rihanna wrote back, "Haaaaa! Stawwwp! You ain't came to the first 10 baby showers! Y'all breed me every year dammit lol.”

That in mind, even though Rihanna isn’t currently with child, she has been open about her desire to eventually be a mother. Telling British Vogue in 2020, that 10 years from now, she hoped to have multiple children. “Ten years? I’ll be 42! I’ll be ancient. I’ll have kids—three or four of ’em.”

Well… guess that savagely settles that.