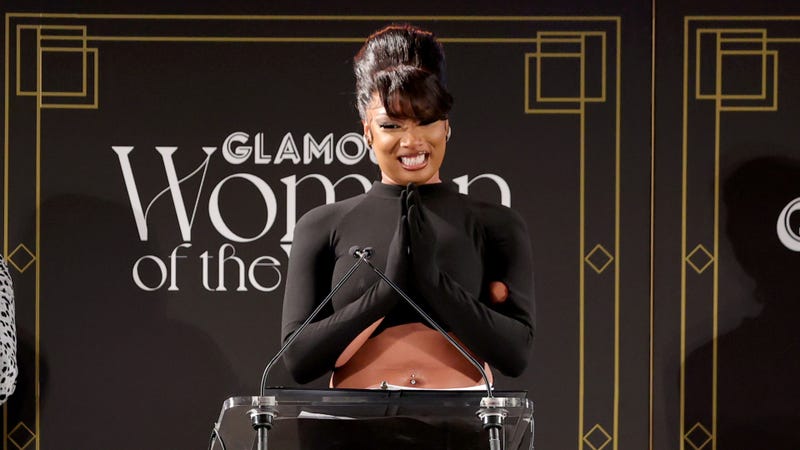 Houston native and rapper, Megan Thee Stallion, graced the cover of Forbes' 30 under 30 2023 issue, making history as she is the first Black woman to be on the cover.

Shocked when she heard the news, she shared “it's really hard to be the first something in 2022, so ah,” in her interview with Forbes.

The Houston Hottie was estimated to have earned $13 million in earnings this year through royalties, ticket sales, and her many endorsements with brands like Revlon, Popeyes, Nike, and more.

She was included in the list back in 2020 but has continued to soar in her career, hence her now being the face of the 2023 issue.

Megan has come a long way from taking $500 shows in her hometown of Houston to having million-dollar Super Bowl ads. But she doesn’t plan to slow down, not even a little bit.

“I can’t slow down right now. I’ll take a break when I’m dead,” she said while appearing on Saturday Night Live.

In her interview with Forbes, she opened up about where her determination and grit come from and how it all is rooted back to her family: “I feel like I got that from my mom and my dad.”

She shared how her father was an entrepreneur and how she watched her mom juggle motherhood, a 9-5 job, and her passion for music. This all ultimately led Megan to the attitude she carries now, that she can be multi-faceted and that there is nothing that can stop her from achieving all that she wants to.

“My mind is in a place I feel like I can do whatever I want to do,” she said.

Megan added that she does have hopes of branching out and getting into writing, directing, and acting and assures listeners that she’s “not one-dimensional.”

“I want to be bigger than just my music,” the H-Town Hottie added.

With the debut of her latest album, Traumazine, Megan shared how personal this project was for her. The rapper is seen showing a more vulnerable side than fans are used to in tracks like “Anxiety.”

The biggest lesson Megan learned since being on the business side of music is to save money. She promotes being financially responsible and literate.