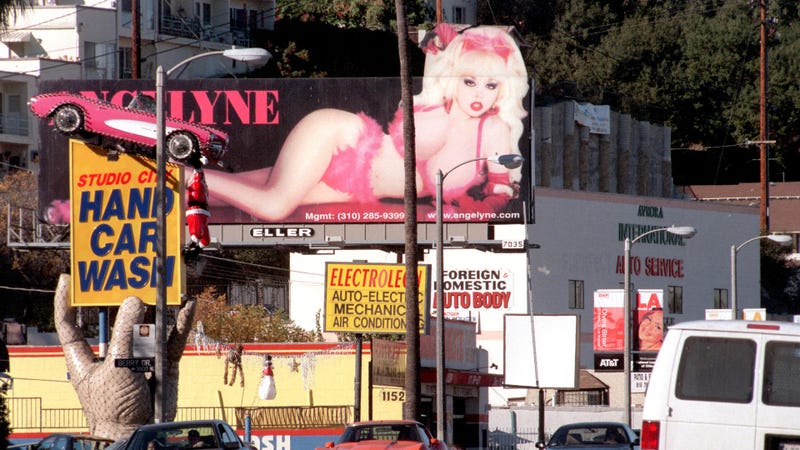 For anyone who had ever taken a stroll down Los Angeles' Sunset Strip at any point throughout the 80s and 90s, they were sure to come into contact with Angelyne and her signature suggestive poses plastered across colorful billboards bearing simply her name, and a means of contact. 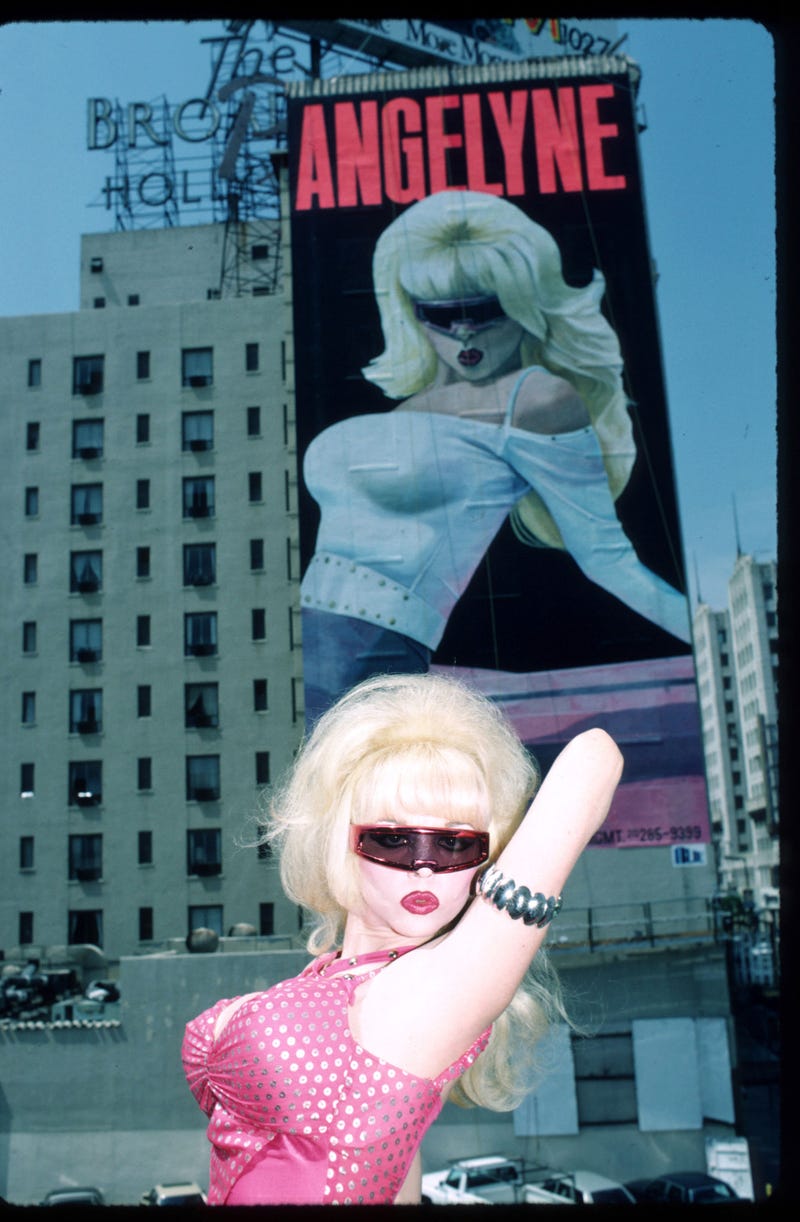 Now 71-years-old and as iconic as ever, Angelyne (born Ronia Tamar Goldberg) joined KROQ's Klein & Ally in Los Angeles this week to get her legions of fans all caught up and maybe even get one of her '80s singles back on the radio, a la Kate Bush's recent Stranger Things resurgence.

Regarding the new Peacock series streaming now, Angelyne admits plainly that the show has gotten "absolutely everything" wrong about her story, but chooses not to denigrate it, diplomatically saying that Rossum "did her best," and that she views the series as "the most awesome parody I've ever seen."

Angelyne confirmed that she did receive a hefty check for her story, and was promised that she would be consulted throughout, but admits, "well, they didn't, so there you go. Had I known I probably wouldn't have signed and let them do that, because I have so many copyrights and trademarks that they couldn't get around." Too painful to watch, Angelyne has not seen any part of the series and contends, "it hurts to watch to be honest with you... to watch somebody ruining something I've worked for all my life. But again, as a parody, it's sensational, and I am thankful because here you guys are talking about me. So, gotta take it in a good way."

Providing another point of clarification, Angelyne tells us that there is "absolutely NOTHING" on the internet about her that is true. "It's all a bunch of fake stories, and that's kind of cool," she says, "because it perpetuates a mystery. But I have to say, I'm really not a mystery because a mystery is like a murder. Once we solve the murder there's no more mystery. But I've got mystique; I was born with mystique... you know the difference, right?"

Listen to the full chat with billboard queen Angelyne above and stay tuned for even more conversations with your favorite celebs and artists right here on Audacy.

While you're in a headbanging mood, browse and favorite more of your favorite music on Audacy's 80s Underground, New Wave Mix Tape, Lighters in the Air, Guitars and Glitter, 80s Guitar, Masters Of Metal, IndustriALT, Don't Metal In My Affairs, Arena Rock, Wake Up and Rock, and The Roots of Rock for those who crave the early days.