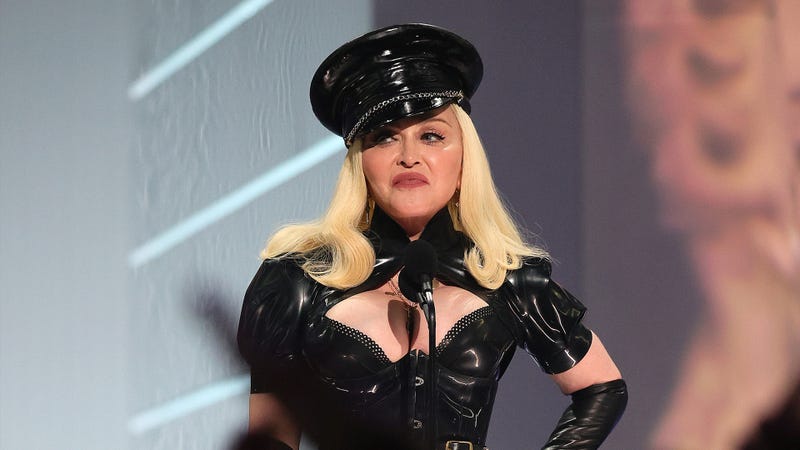 It’s been nearly two years since whispers began that Madonna had plans to co-write and direct a movie about her life, alongside Diablo Cody. During a recent interview with Variety, the Material Girl discussed the reason behind her decision to take her biopic into her own hands.

Giving an update on the film Madonna revealed, “I have a very long script that is really hard for me to make shorter.” Telling Variety, “I’ve been whittling away at it, but it’s like hacking off my limbs.” Adding, “I’ve had an extraordinary life, I must make an extraordinary film.”

As for why Madge decided now was the right time to see her life story on the big screen. “It was also a preemptive strike because a lot of people were trying to make movies about me,” she said. “Mostly misogynistic men. So I put my foot in the door and said, ‘No one’s going to tell my story but me.’”

When talking about the in September of 2020, Madonna said, “I want to convey the incredible journey that life has taken me on as an artist, a musician, a dancer—a human being, trying to make her way in this world.”

“The focus of this film will always be music. Music has kept me going and art has kept me alive. There are so many untold and inspiring stories and who better to tell it than me. It’s essential to share the roller coaster ride of my life with my voice and vision.”

According to reports, following a lengthy audition process, Ozark and Inventing Anna star Julia Garner was reportedly offered the starring role of Madonna herself. However no official casting decisions have been confirmed.