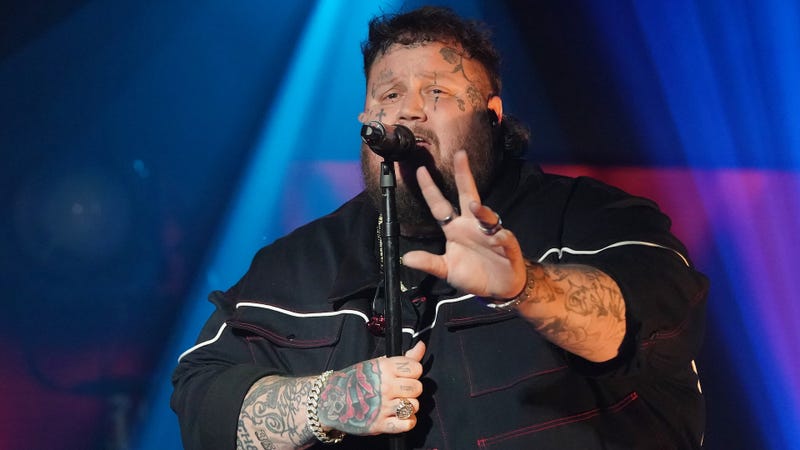 Jelly Roll, celebrated his first #1 on the Rock charts earlier this year with “Dead Man Walking,” and is now walking all over the Country charts with his first single to Country radio, “Son of a Sinner.” While his world may seem like nothing but success and good times, the 37-year-old says that couldn’t be further from the truth as he opened up about his struggles with mental health.

“This is something I think people really need to hear,” he told Audacy’s Katie Neal before detailing what struggling with mental health looks like for him. “I woke up, and for no triggered reason, I did not want to get out of bed. I could not pinpoint [why]… I just woke up and felt a cloud over my bed. Like the blanket was too heavy to push off of me.”

Jelly admits moments like the above, with nothing “validating” his lack of motivation, are the toughest for him to work through as they often trigger a downward spiral guided by anxious thoughts.

While depressive mornings and anxious spirals aren’t new to the singer-songwriter, he admits they are something he’s only started paying attention to in his adult years. He recalls being told to “brush it off” as a child, which he now sees as toxic and even believes contributed to his criminal behavior that landed him in jail. Jelly is passionate about speaking out on the topic now as he believes he could have benefited from someone addressing his mental health in his younger years.

He continued, “I feel like I might have made some crazy different life decisions if I could have sat down and felt vocal enough to say, ‘Hey, I’m leaning towards this because I don’t feel accepted anywhere else.'”

Hear more about Jelly Roll’s conversation surrounding mental health, his criminal past, and the moment that changed his life in his conversation with Katie Neal above.