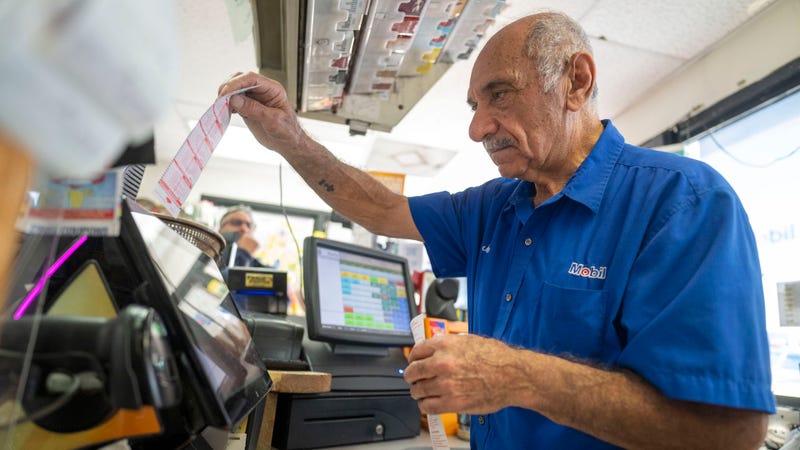 After three months with no one hitting the Powerball jackpot, one lucky lottery winner is celebrating a $2.04 billion win this week while the owner of the store that sold the winning ticket is celebrating a big win himself.

Joe Chahayed, the owner of Joe’s Service Center in Altadena, CA is set to receive the maximum Powerball bonus of $1 million after the winning ticket was traced back to his store.

“Very exciting,” Joe told KROQ’s Klein. Ally. Show. “I’m happy for California to tell you the truth because [it’s] the first time California has won this and it’s the biggest number in history. I’m happy for Los Angeles and the city of Altadena all my customers all the neighborhood. And I’m happy for the public school because they’ll get a big chunk of money donation from the lottery.”

While he’s very excited for the winners, the reality of winning $1 million himself has not quite set in yet since he hasn’t received the money yet.

“They handed me a piece of cardboard and said, ‘We’ll see you soon,’”  he laughed saying he hasn’t actually received the $1 million dollars yet. “My wife said, ‘Bring the money and you can have a steak’” he laughed.

According to Joe, lottery officials were at his store yesterday reviewing surveillance footage. As of now, no winner has come forward.