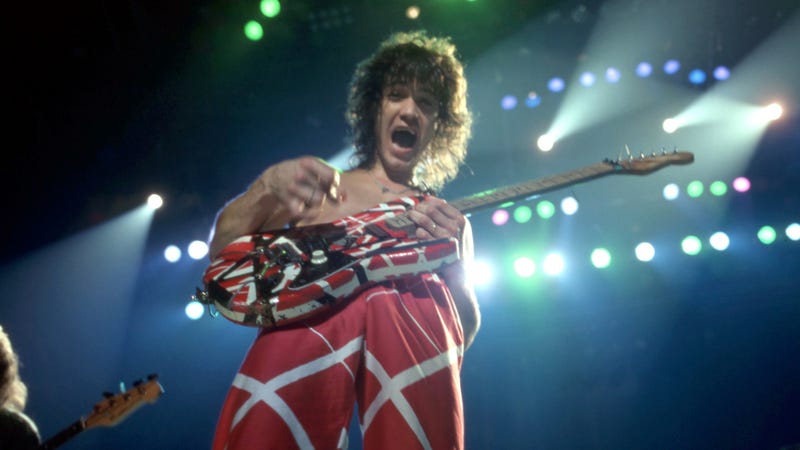 After receiving messages about recently released artwork that resembled the design of Van Halen’s guitar, Roth told fans the similarity was no coincidence as he was the original artist behind Van Halen’s iconic guitar.

Roth enthusiastically recalls the moments he encouraged Van Halen to use some free rolls of tape he had to add stripes to the white guitar so it wouldn’t look so reminiscent of Jimi Hendrix’s instrument. A seemingly small moment that created a masterpiece to last a lifetime.

"Alex Van Halen and I speak on the phone frequently now… we were laughing not that long ago on the phone about — and Alex was there — when I walked in with free rolls of tape; one roll of grey duct tape, one roll of black — not very sticky and the f***ing thing kept coming off — electrician's tape, and one roll of blue art tape we use for pinstriping.”

He continued, "I said to [Ed], because this was in mid '70s – '75/'76, [try] an expanding linear pattern because the white plain guitar is eerily reminiscent of Jimi Hendrix… I said, 'An expanding linear pattern’… We laid it down and kaboom, within like four minutes I laid it out, including the little squiggle. What that's from is from the non sticky, shiny electrician's tape that's designed to be put on and taken off very quickly.”

While the design is iconic to all, it’s a special memory for Roth, who is very aware of the impact it has made in the world of music.

"They started an industry – it's not just a franchise,” he shared. “It's a-way-of-thinking guitar. One of the most recognizable symbols of all time in the sport in this regard. It's on everything from electric toothbrushes to shoelaces.”