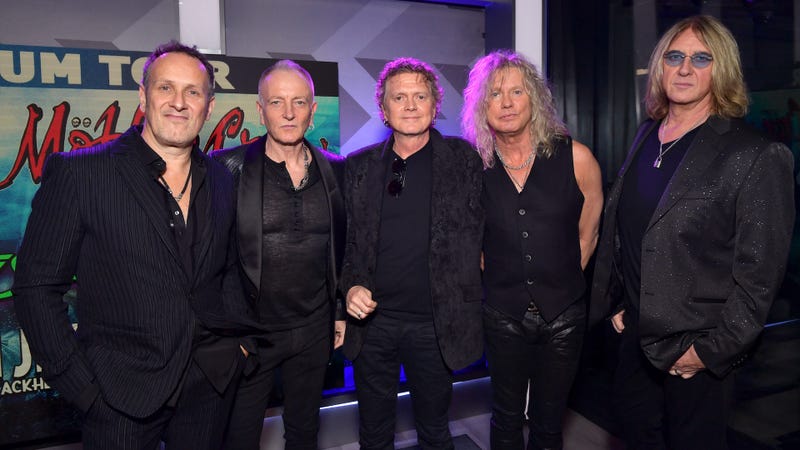 We’re still a few years away from the 40th anniversary of Def Leppard’s landmark album Hysteria, but the band is already putting together plans on how they’ll celebrate.

Def Leppard frontman Joe Elliott spilled the beans on The Jeremy White podcast (via Blabbermouth) about the ideas the band has been throwing around regarding the anniversary. First things first, don’t expect anything until 2027.

"We did put our foot down and say we're not doing any more 35th- or 37th-anniversary releases," he said. "When the old regime [at the record label], for example, we're in charge, they put the double deluxe version of Hysteria out on the 19th anniversary. And I'm sorry, but we all just went, 'Can't you just wait one year?' Those are the things that were pissing us off as a band. It's all gone away now.”

"We don't want anything out till the 40th [anniversary]. There's no value in doing it," Elliott continued. "It's not fair on the fans until we really go through the archives and find stuff.”

When the band was initially getting to work on the record, Meat Loaf songwriter Jim Steinman was brought in to help with the recordings. There was conflict from the get go as Steiman wanted to make a raw-sounding record while the band wanted to create a bigger pop production. After a recording of “Don’t Shoot Shotgun,” Steinman was dismissed and became a cliff note in Def Leppard lore.

Is there a chance that the 40th anniversary of the album brings out these recordings? “Nothing survived from the Jim Steinman sessions," Elliott said.

"They'll never see the light of day, 'cause there isn't anything. It all got wiped at the time as we recorded the record. But there are rough mixes, there's maybe instrumental versions of certain things.”

Unfortunately, Elliott says most of the tapes have been lost making it difficult to create any remixes.

Although the tapes may have been lost, Elliott promises there will be material to celebrate the anniversary. "We may save most of the Hysteria stuff for a 40th-anniversary box set. But it's like that Bond film Never Say Never Again,” he said.

“We don't say absolutely not because we get talked into things and then we sometimes go, 'Actually, I don't know what we were thinking when we said we wouldn't do it, 'cause we really should.' Things become more valuable the older they get."