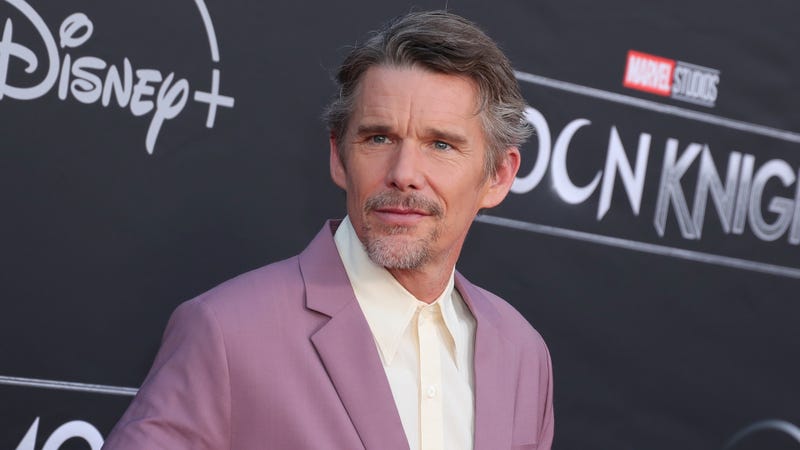 On a brand new episode of SmartLess, Ethan Hawke joins Jason Bateman, Sean Hayes, and Will Arnett to go in-depth into his storied acting career.

Like Bateman, Hawke began his career as an actor at a young age. The two then lent their insights into why child acting can be an incredibly difficult experience.

“Child acting is dangerous,” Hawke said. “A lot of the people that we came up with are dead.” Bateman added that “there’s not a bunch of them that are still making a living.”

“I don’t say that to brag, I’m just so proud of us, of anyone that can somehow navigate that transition from kid to young adult cause it’s so fickle. It’s not about who’s good, it’s just who can kind of stay semi-cool to hire. I don’t mean to sound like a cynic, but oftentimes it doesn’t have anything to do with talent I think.”

“It does have to do a little bit with your DNA. Who brought you up, your ability to handle failure, your ability to grow from failure,” Hawke then added. “If you don’t do the stuff on the inside, your talent dies, or it just gets beaten up.”

Hit play above to hear more from Hawke and the SmartLess crew.